Pokémon Cereal Returns to US Store Shelves After 20-Year Hiatus 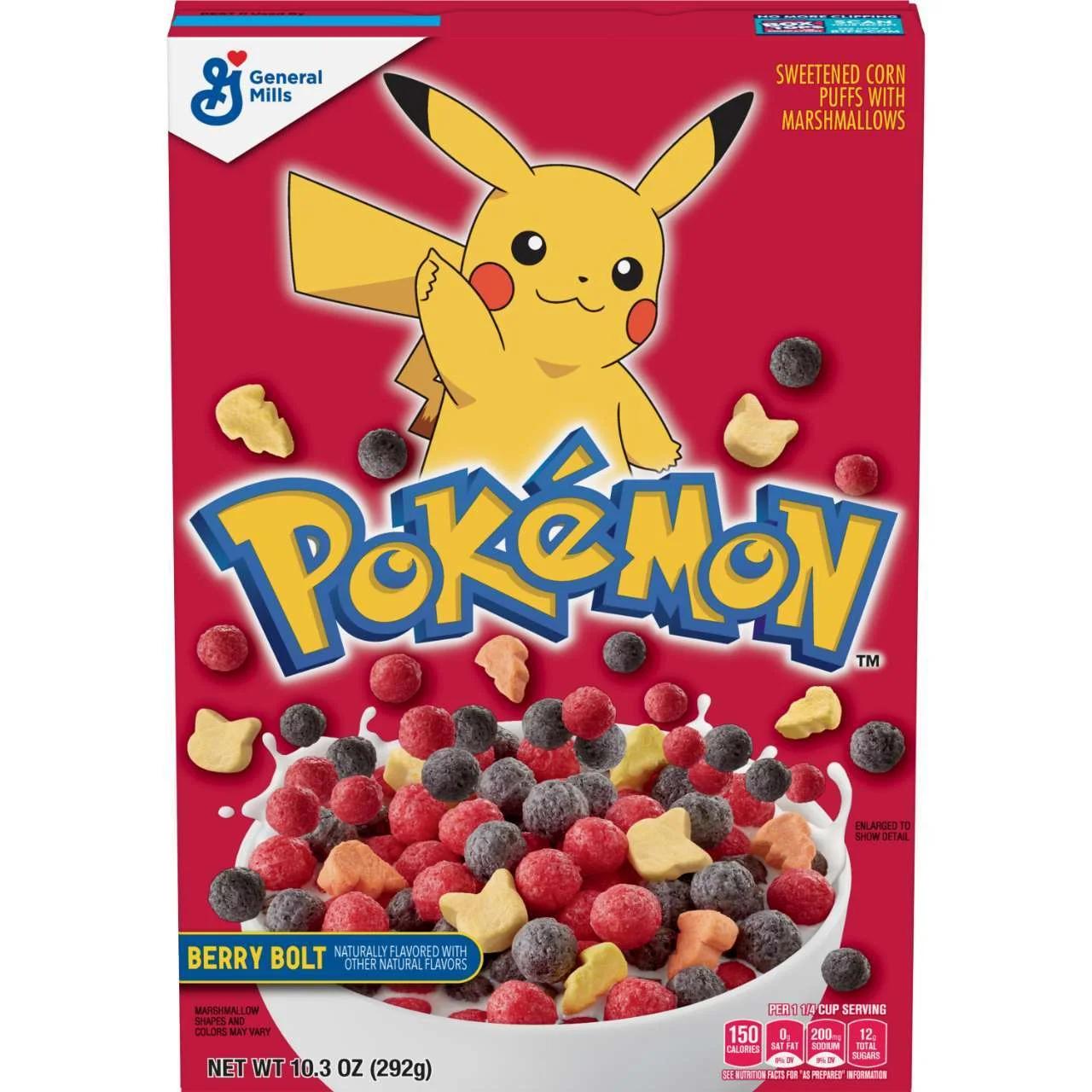 While Pokémon food products are pretty common in Japan, they've been much less common in the west over the past two decades. With the 25th anniversary of the Pokémon franchise looming in 2021 however, it appears this is about to change.

In an announcement of new cereals and line extensions this week, General Mills revealed that they would be releasing a new "Berry Bolt" cereal themed around the ever popular franchise mascot Pikachu, who prominently appears front and center on the cereal's bright red box. This cereal features red and blue berry-flavored corn puffs, together with yellow marshmallows in the shape of Pikachu’s head and tail. Continuing the focus on Pikachu, the titular Pokémon makes a grand appearance on the front of the bright red box.

Who do you ship May with?

New Pkmn creatures that you want to see in the games

Create a slogan for the user above