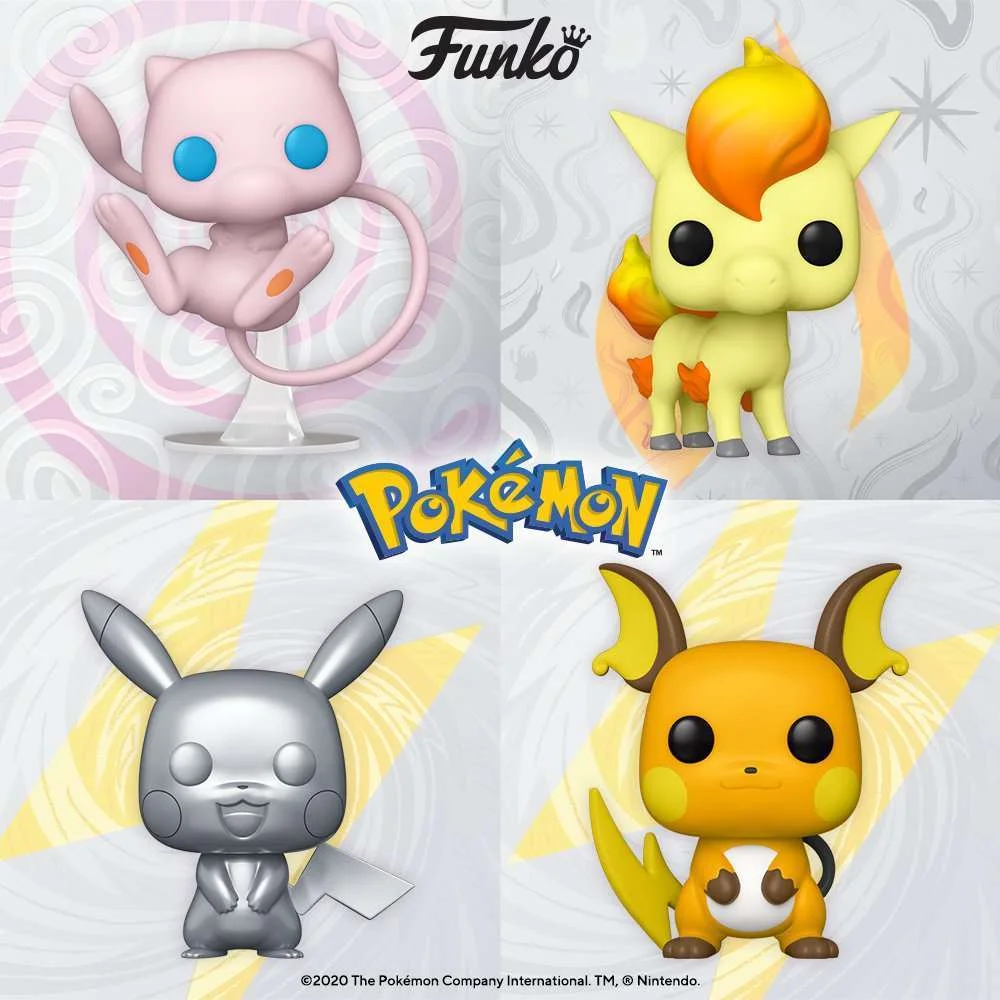 Funko have officially revealed four new Pokémon designs for their Funko Pop line of vinyl figures, three of which are entirely new Pokémon for the ever increasing Funko Pokédex.
The metallic variant of 353 Pikachu is included in this release as part of the 25th anniversary of Pokémon. This vinyl uses the same molds as the original Target exclusive 353 Pikachu vinyl, only in a new silver paint scheme, and without any annoying store exclusivity to get in the way of fans getting their hands on one.

Also of note in this set is 643 Mew, which features a dynamic base showing Mew in his classic mid-air pose.

The four figures are available for pre-order now at online retailers across the United States, priced at approximately $11-$12 depending on the retailer. While the figures are meant to be released in February 2021, some retailers are listing a March release window, suggesting perhaps either a rolling release across different retailers or limited initial stock.

New Pkmn creatures that you want to see in the games