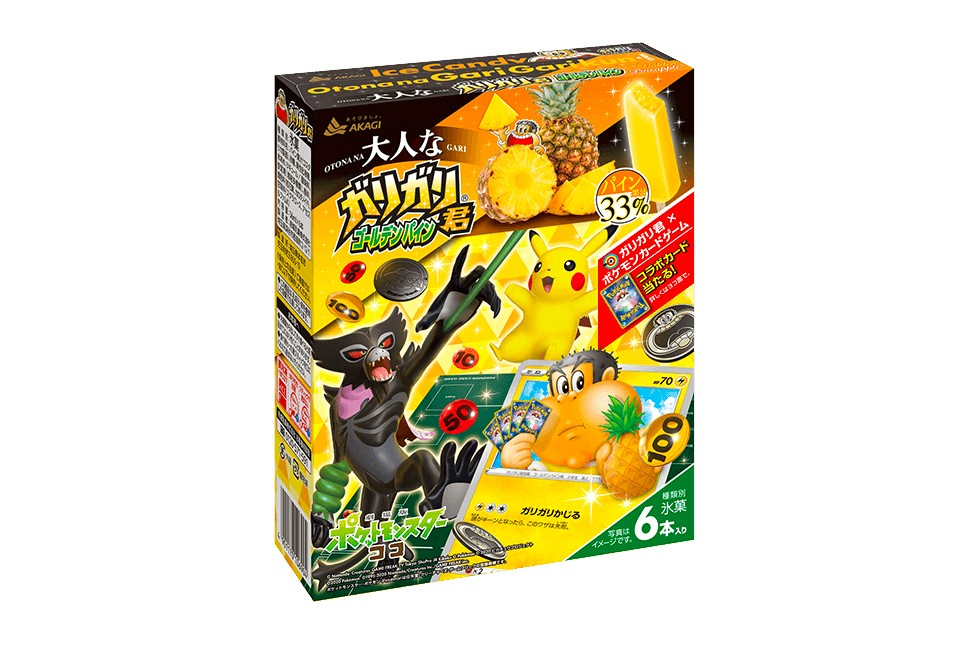 A Japanese man was arrested near Tokyo on Wednesday on suspicion of fraud, after sending in fake popsicle sticks in November to Akagi Nyugyo Co. in an attempt to redeem them for Pokémon trading cards that were being distributed as part of a competition the company ran between June and July last year. As part of the promotion, people purchasing the company's popular "GariGariKun" popsicles could send in rare lucky sticks in exchange for Pokémon cards, including a card featuring the Mythical Pokémon Zarude from the Pokémon Coco movie.

The company contacted police after receiving 25 of the sticks from a single individual. As of August of last year, some winning sticks were trading hands on Japanese auction and e-commerce sites such as Mercari for prices as high as ¥50,000 (roughly $485 USD), with unredeemed sticks ironically selling at higher prices than the cards they could be redeemed for. Following the arrest, Akagi Nyugyo Co. has warned customers that "fake lucky popsicle sticks" are potentially circulating for sale online.

JN053: Catch the Legend!? Find the Guardian of Water - Suicune!!

Do you run away or stand your ground?

What’s the least fun play through you’ve had?