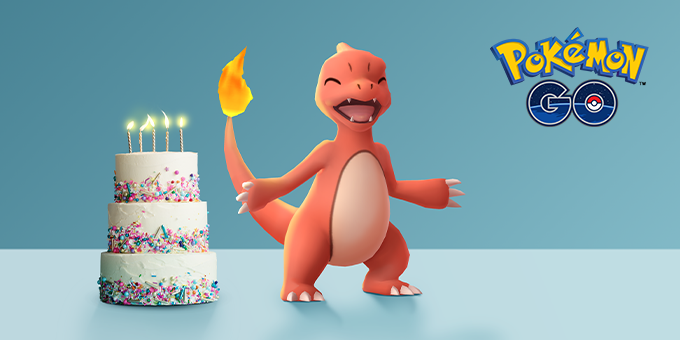 Niantic has launched the fifth anniversary event for Pokémon GO. The event, which already started in some time zones earlier today, begins for Trainers from July 6, 2021, at 10:00 a.m. local time and concludes on July 15, 2021, at 8:00 p.m. local time.

As part of the event, Bulbasaur, Charmander, Squirtle, Treecko, Torchic, Mudkip, Snivy, Tepig, Oshawott, Flying Pikachu with a 5-shaped balloon, and Darumaka will all be appearing more frequently in the wild, with the Shiny variant of Darumaka making its Pokémon GO debut. Flying Pikachu with a 5-shaped balloon, Darumaka, Chespin, Fennekin, and Froakie will be appearing in one-star raids. All First Partner Pokémon from Generations I-VI will be appearing around PokéStops with active Lure Modules and after you complete Field Research. Daily bonus Field Research tasks are available that will lead to encounters with Bulbasaur, Charmander, Squirtle, Chikorita, Cyndaquil, Totodile, Treecko, Torchic, Mudkip, Turtwig, Chimchar, Piplup, Snivy, Tepig, Oshawott, Chespin, Fennekin, and Froakie. Complete the Collection Challenge for a reward encounter with Flying Pikachu with a 5-shaped balloon, as well as reward items like Rare Candy and Poké Balls. Shiny Meltan can be encountered again when you activate the Mystery Box. All Lure Modules (Glacial, Magnetic, Mossy, and Rainy) will last for one hour.

The Jump-Start Special Research will be available again for any Trainers who missed out on it during Pokémon GO's third anniversary event. This Special Research is designed to help you catch up with other Trainers, with a ton of Stardust and XP rewards, as well as some exciting Pokémon encounters. You can get fifth-anniversary Gift stickers when you spin PokéStops and open Gifts. You can also pick them up in the shop. The Special Box, Ultra Box, and Adventure Box will contain different items starting now. Item Bag can now be expanded to hold up to 3,500 items, which you can purchase the upgrades from the shop. The in-game fireworks from Pokémon GO Fest 2020 will be appearing on the map at night. The previously announced real-time sky mechanic and additional Pokédex classifications will be available to everyone in the coming days.

Pokémon GO was first launched in certain parts of the world on July 6, 2016, and this year marks the fifth year of its release.

Game: Tell us what you think about the animal above...