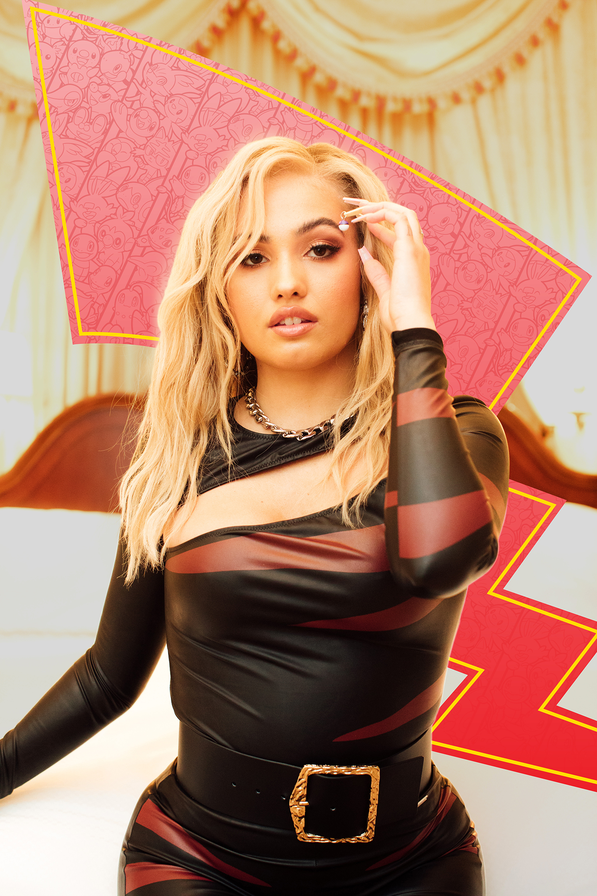 The 25th anniversary celebration of Pokémon continues with a new single that will be part of the Pokémon 25: The Album. "Take It Home" is sung by BRIT Award recipient Mabel, and is produced by Tommy Brown and Mr. Franks. The music video is directed by Sophia Ray. With an infectious beat and a bright, summery vibe, the song celebrates being the kind of friend that others can count on. The track single is available on all digital music platforms.


Mabel said:
"I've been a fan of Pokémon for years, so I jumped at the opportunity to join the P25 program."
"I had so much fun working with Pikachu and my all-time favorite Pokémon, Jigglypuff, for the ‘Take It Home’ video. I hope the fans love the song as much as I loved working on it to celebrate 25 years of Pokémon!"
Click to expand...

Colin Palmer (vice president of marketing for TPCi) said:
"Mabel's incredible talent and pop sensibilities add a massive layer of fun to Pokémon’s P25 Music campaign celebrating 25 years of Pokémon."
"Music fans are going to love 'Take It Home,' and Pokémon fans will be delighted to see a Jigglypuff, known for being a bubbly Pokémon who also loves to sing, featured in Mabel's vibrant video. It's a pitch-perfect collaborative match for our 25th anniversary celebration."
Click to expand...

Mabel's "Take It Home" joins Katy Perry's “Electric”, Post Malone's cover of Hootie & the Blowfish "Only Wanna Be with You", and J Balvin in the Pokémon 25: The Album. The compilation album is released to celebrate the twenty-fifth anniversary of Pokémon which features a total of 14 tracks by 11 artists from the P25 Music program, which will be released this autumn by Capitol Records, is part of a massive, yearlong music campaign from The Pokémon Company International in partnership with Universal Music Group.

You can watch the music video of Take It Home below.