Play! Pokémon and The Pokémon Company International have announced more details for the 2022 Play! Pokémon Championship Series. The Play! Pokémon Championship Series brings competitors together from around the world in a series of Regional, International, and Special events to compete for prizes and, ultimately, the title of Pokémon World Champion. In the 2022 Pokémon Championship Series, Trainers from around the world will compete in Pokémon Trading Card Game, Pokémon Sword and Pokémon Shield, Pokkén Tournament DX, and for the first time, Pokémon GO, for millions in prizes and travel awards. The 2022 Pokémon World Championships are scheduled to take place in London in August 2022, over the period of four days, beginning on a Thursday. As previously reported, some players will age up to new age divisions for the 2022 season. All players who earned points in the 2020 season, which was canceled in March 2020 after nine months of play, will have their points transferred to the 2022 season.

Pokémon Premier Events will be returning in early 2022. Prize and Championship Point schedules for each event series for the 2022 season will mostly mirror what was already established for the 2020 season.

The Pokkén Tournament DX Championship Series will be returning to Worlds in 2022. Players who already earned a travel award from the Oceania Championship will have that award honored for the 2022 World Championship. Additional awards are available in the Senior and Masters divisions at the European and North American International Championship. 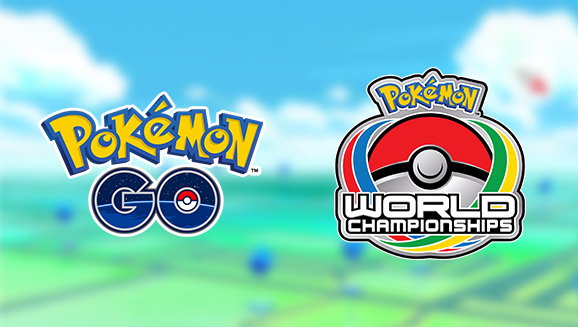 After the success of the inaugural Pokémon GO Invitational held at the 2019 Pokémon World Championships, the very first Pokémon GO Championship Series will be held this year in partnership with Niantic. The official Pokémon GO circuit will commence in 2022. Trainers will have the opportunity to earn an invitation to the 2022 Pokémon World Championships. During the first year of play, Pokémon GO will be featured at select events, including Regional and International Championships. Top Pokémon GO players at these Qualifier events can earn prize money as well as win an invitation to the 2022 Pokémon World Championships. The Pokémon GO Championship Series will run the Great League format, and be separated into the Seniors and Masters age divisions. More information about event schedules, tournament format, prize money, and more will be announced soon. To ensure an even playing field, participants at most Qualifiers will be required to log in to their Pokémon GO account and battle using smart devices provided onsite. If this is not the case for a specific event, the organizer of that event will announce that separately.

Competitor slots at Play! Pokémon events will be managed via a two-phase registration window. Players who achieve Legend rank in the current Pokémon GO Battle League season 9, which will conclude on November 29, 2021, will be able to register first in an early-registration window during the first few months of 2022. Any remaining spots will be made available for players of any rank to register. To register for these events, all Pokémon GO series competitors must be your home region's age of digital consent or older. Players will need to have linked their Pokémon GO account to a Pokémon Trainer Club account, have a Play! Pokémon Player ID, and have opted in to the Play! Pokémon Terms of Use. The ability to create an account link will be available in late 2021, and registration for the first events will open in January.

The health and safety of the communities continue to be the most important aspects of resuming live Play! Pokémon events. The situation is being continually monitored, and the timing for the commencement of in-person Play! Pokémon events will be determined by the health mandates, guidelines, and recommendations provided by appropriate government agencies.

Once in-person events resume, all competitors, vendors, staff, and spectators will be required to comply with The Pokémon Company International’s COVID-19 policies to ensure the health and safety of all attendees:
For large championship events with more than 300 attendees and staff, venues are to institute the following vaccination policy:

Your newest purchase or gift