Pokémon's first appearance at Universal Studios Japan will be in Spring 2022 in the「NO LIMIT! Parade」 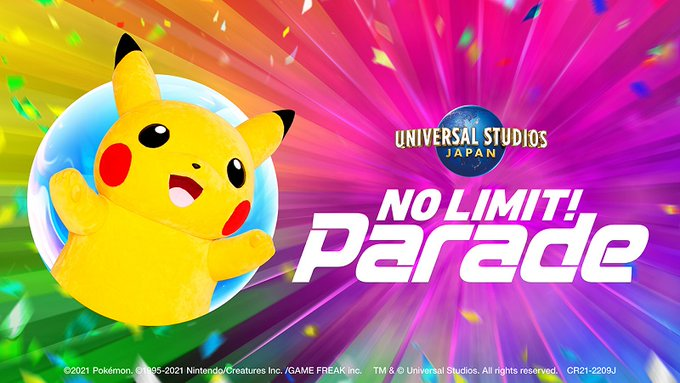 After the surprise announcement earlier this month that Universal Studios Japan and The Pokémon Company would be forming a new, long-term creative partnership, we now have the first details of one of the theme park experiences that Pokémon characters will be featured in.

The「NO LIMIT! Parade」is a new parade format entertainment experience that will be starting in Spring 2022. While details on the exact nature of the parade have not yet been revealed, the attraction is said to be an energetic dance party where everyone can enjoy taking a leading role.


Events like this are a staple of theme park experiences around the world, so it's little surprise that Pokémon would feature here. Given the time that it generally takes to develop theme park attractions though, while more involved experiences can be expected to be announced in future, it wouldn't surprise us particularly much if this was the only one featuring Pokémon come Spring.