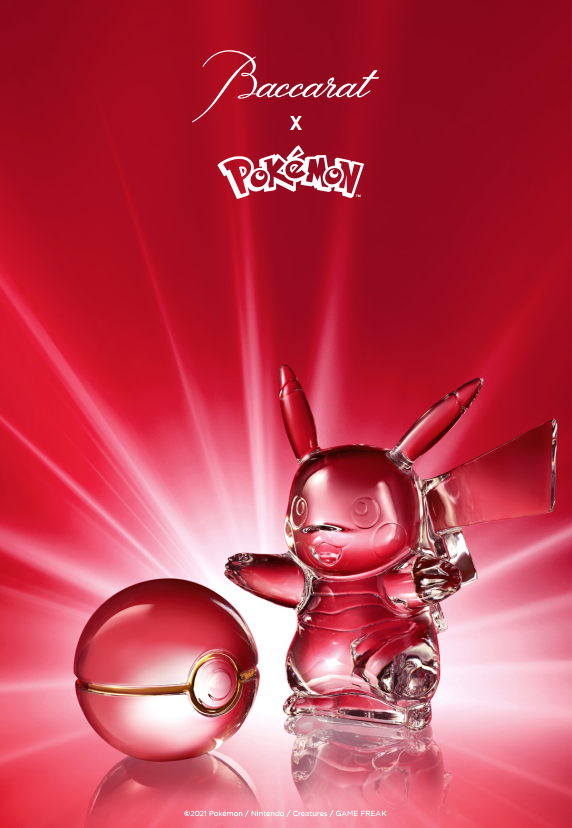 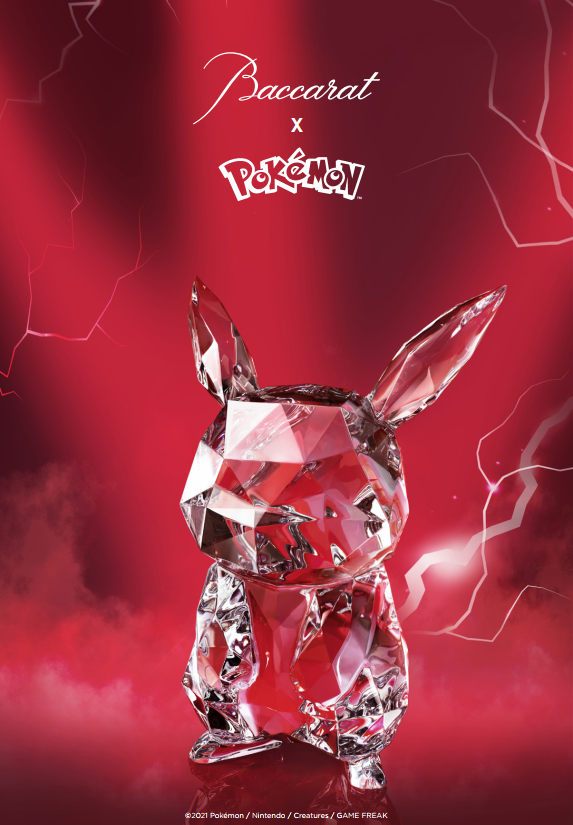 The Pokémon's 25th anniversary celebrations have already seen the release of a wide array of merchandise, but today's announcement has to be one of the most exclusive. Baccarat, the French manufacturer of fine crystal who are probably best known for tableware and decoration, have announced the release of three special crystal Pokémon creations as their contribution to the 25th anniversary. Fans hoping that a crystal collection might riff on the classic Pokémon Crystal Version are in for a bit of disappointment however, as both items instead focus on the iconic Pokémon franchise mascot Pikachu.

While none of the three designs are currently available in stores, the sleek and smooth Poké Ball design is available to order right now from the Baccarat website, at a price of $410 USD or €320. The modern Pikachu design that partners with it appears to be receiving a global release from November 17, 2021, and can be pre-ordered directly from the Baccarat website for $440 USD or €350.

The final item, a stylized, multi-faceted "fragment" Pikachu designed by world renounded artist and musician Fujiwara Hiroshi, will be much harder to come by. This item is a limited edition, with only 25 being produced, the name number as both the anniversary and Pikachu's Pokédex number. These will not be sold in stores, and can only be obtained through Baccarat directly. Fans will also need to have fairly deep pockets if they're hoping to pick one up, with the Baccarat website listing them at $25,000 USD or €20,000. On the plus side, with a price tag like this, this is one piece of Pokémon merch that (probably) won't be scalped!


Baccarat Press Release said:
BACCARAT CELEBRATES 25 YEARS OF POKÉMON WITH THE MOST DAZZLING COLLECTION!
1996 saw the company’s first releases with Pokémon Red and Pokémon Green for Nintendo Game Boy. Since then, Pokémon has grown to become one of the most popular and successful entertainment franchises in the world. 25, the Pokédex number of the iconic Pikachu, makes this event very electric! A special occasion to celebrate the Pokémon phenomenon with several glittering creations: a limited Pikachu Fragment created by Hiroshi Fujiwara, a Pikachu figurine, and a Poké Ball, for all fans across the globe.

PIKACHU FRAGMENT
Baccarat celebrates 25 years of Pokémon and honors a fan favorite! A pop-culture star, Pikachu has captivated the world for a quarter of a century. As cute as it is formidable, Pikachu shocks its opponents with its lightning fast moves. Revisited by Japanese artist Hiroshi Fujiwara for Baccarat, Pikachu has been transformed into an exceptional object for collectors. With its imposing dimensions, Pikachu Fragment symbolizes the unique know-how of Baccarat artisans. Multi-faceted and engraved with the “Electric” logo, Pikachu radiates more than ever to salute this very special year with brilliance.
LIMITED EDITION OF 25 PIECES

PIKACHU MEDIUM & POKÉ BALL
Pika-Pika ! Baccarat celebrates 25 years of Pokémon and honors a fan favorite! A pop-culture star, Pikachu has captivated the world for a quarter of a century. As cute as it is formidable, the little character shocks its opponents with its lightning fast moves. More dazzling than ever in a Baccarat version, it is transformed into a collector’s item. With its arms wide open, ears alert and highly recognizable tail, the little figurine is as endearing as the famous Pokémon. The most precious gift for all Pokémon fans across the world.

Baccarat celebrates 25 years of Pokémon with a radiant Poké Ball. The Poké Ball, the iconic item used by Trainers to capture Pokémon, has been transformed into a collector’s item. Used as a paperweight or placed alone on a shelf, dressed in a gold mesh, this Poké Ball will be the ideal gift for all fans of the franchise.​
Click to expand...