Tetris 99 celebrates the upcoming release of Pokémon Legends: Arceus with its next Maximus Cup [UPDATED] 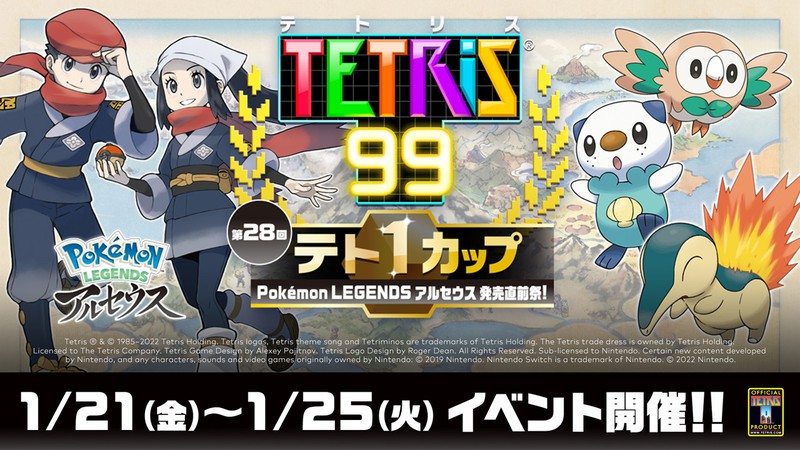 An update on Nintendo's official Japanese website has announced that the next Tetris 99 Maximus Cup will be a collaboration with Pokémon Legends: Arceus. Matches in this Tetris 99 Maximus Cup will feature a special theme based off of this new game. Players earn points from each match, with higher rankings given more points. Any players who accumulate 100 or more points will unlock the Pokémon Legends: Arceus in their game permanently. The event will run from Friday January 21st to Tuesday January 25th (JST).

As of writing, this Maximus Cup has not yet received the usual announcement trailer, so information on the specifics of this theme is limited, including its design and featured music, are not yet available. We'll update this article once that information is released.