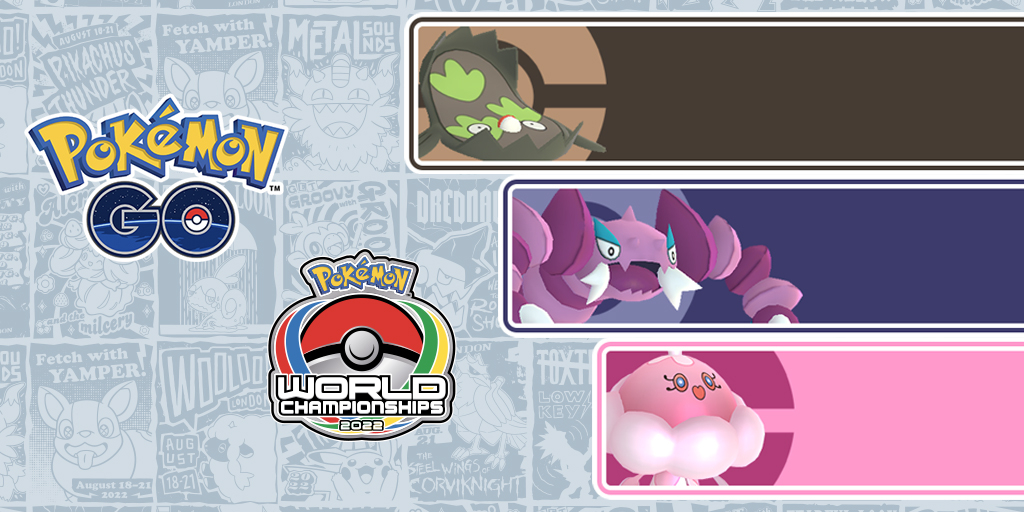 Niantic has announced that codes for special Pokémon GO Timed Research will be shown in the Pokémon GO Twitch chat throughout the 2022 Pokémon GO World Championships streams. When redeemed and completed, players will receive a set of Pokémon encounter rewards, to assist them in crafting a competitive Great League team.

Trainers redeeming the codes will have a choice between the following encounter rewards:
There will be multiple opportunities to receive a code throughout the broadcast, however each code will only be redeemable for a period of one hour after being shared, so players will need to be paying close attention to make sure that they don't miss out! The Timed Research is the same for all codes, and can only be redeemed once.

As revealed in the announcement from The Pokémon Company International at the end of last week, codes to redeem a Worlds-themed T-shirt avatar item in Pokémon GO will also be distributed during the live broadcast. Unlike the Timed Research codes, these items will be redeemable through to August 22nd, at 11:59pm (UTC). Pokémon GO will also be holding a special in-game event over the course of the World Championships.