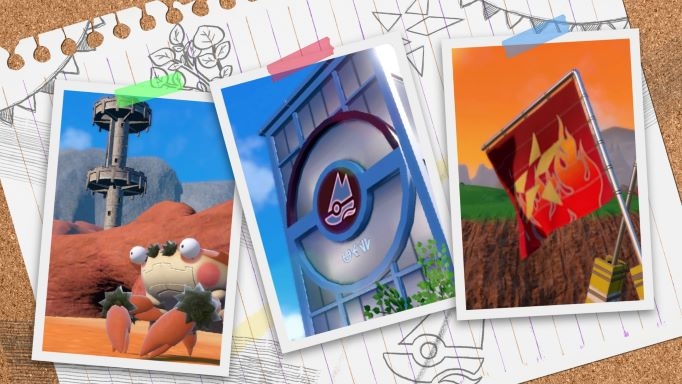 A new trailer for Pokémon Scarlet and Pokémon Violet was released by The Pokémon Company International on September 7th, revealing new characters, three new Pokémon, new moves and an Ability, and several new features. In this post, we'll give a wrap-up of everything revealed in the video, and in the updates to the official Pokémon Scarlet and Pokémon Violet website which went up alongside the new trailer. 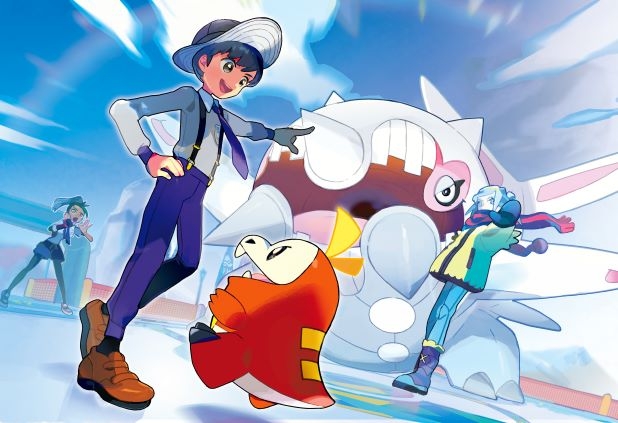 Three stories
As discussed in the Pokémon Presents that aired on August 3rd, players are enrolled in a school, either Naranja Academy (in Scarlet) or Uva Academy (in Violet), that will host an independent study project, the Treasure Hunt. As part of completing this project, three separate story paths will be opened to the player, which can be completed in any order:
Victory Road
In the classic Pokémon storyline, players will challenge eight Pokémon Gyms, that are located throughout Paldea. Trainers can earn the coveted Champion Rank by defeating all of the Gym Leaders, and then passing the Champion Assessment at the Pokémon League headquarters.

Similar to Pokémon Sword and Pokémon Shield, before challenging a Gym Leader, players must first pass a Gym Test, with each Gym having their own unique Test. Unlike previous games however, players can challenge the Gyms in Scarlet and Violet in any order. As of yet, no details have been given about what sorts of scaling mechanics this might involve, or indeed if there are even any scaling mechanics used in the first place. 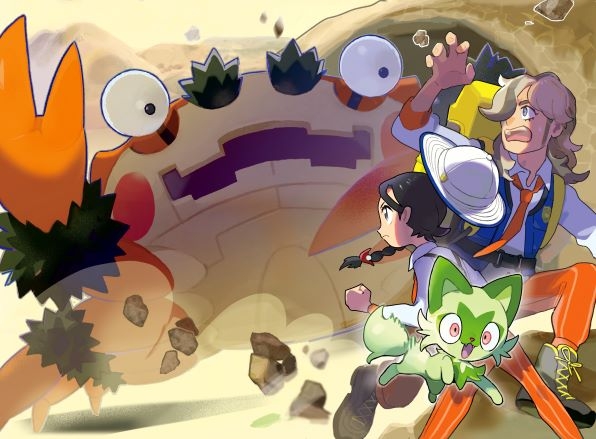 Path of Legends
The second adventure path features the search for Herba Mystica on the Path of Legends. Players will help Arven in his research of making healthy recipes for Pokémon by seeking out rare ingredients called Herba Mystica, which are said to immediately restore one's health when eaten. Herba Mystica are extremely rare herbs that can only be found in Paldea. They are guarded by Titan Pokémon, which are bigger and stronger than ordinary Pokémon (similar to the Totem Pokémon in Pokémon Sun and Pokémon Moon), making these rare herbs even more difficult to obtain. After helping Arven, he may offer to give the player some of his hand-made dishes. 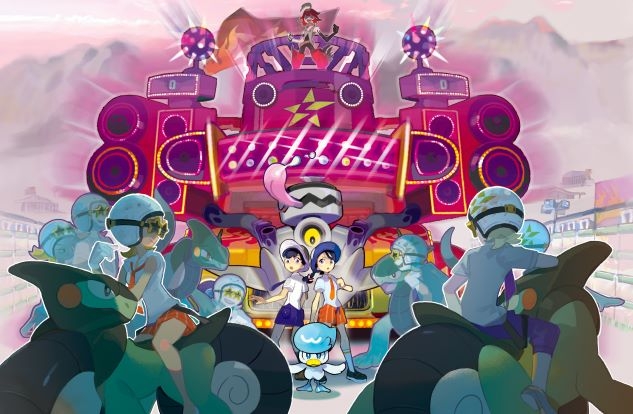 Starfall Street
Team Star, the apparent villianous team of the Paldea region, is comprised of the school's most rebellious students. Team Star is made up of several squads, each of which has their own base scattered across the Paldea region, and is led by its own boss. These class-cutting delinquents are known for causing trouble for all those around them, with their pushy recruitment tactics disturbing the peace and giving the academy's students and teachers a hard time.

When players challenge each squad's base, they will be confronted by a seemingly endless wave of Pokémon sent out by the team's numerous grunts. Only after defeating a large enough number of these Pokémon within a given time limit will players be able to draw out the squad's boss and challenge them to battle.

Team Star's bosses will ride into battle on a custom hovercar called a Starmobile. The engine blocks of these vehicles themselves seem to be possessed by a Pokémon, and the Starmobile will pose an additional hazard in battles with the bosses. Players will need to defeat both the squad boss's party Pokémon and their Starmobiles to take down these leaders. 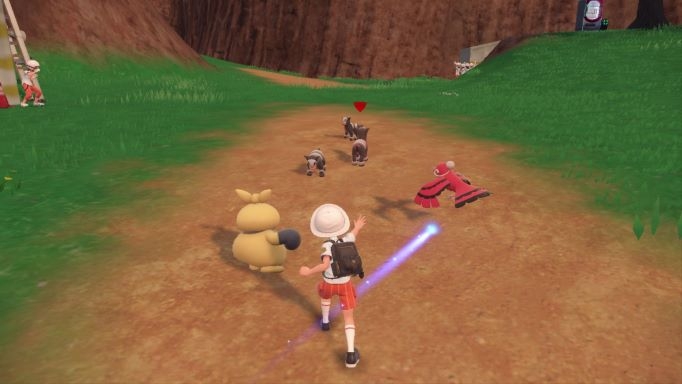 Players can also use the "Let's Go!" feature to activate Auto Battles with nearby wild Pokémon in the field. Pokémon can be directed to engage specific Pokémon, or can be sent out in a specified direction to find and initiate Pokémon battles on their own. By defeating wild Pokémon in Auto Battles, these Pokémon can also earn items and Exp. Points.

Pokémon sent out using the "Let's Go!" feature do not need to be watched over by their Trainers, allowing players to separately challenge other wild Pokémon, or look for items nearby. One short segment in the trailer, seen at approximately 43 seconds in, also seems to show a Trainer with two of their Pokémon engaging in Auto Battles at the same time, though how this would work with players only able to have one Pokémon out walking with them is unclear.

Pokémon Past and Future
Three brand new Pokémon were revealed in the new trailer. Two of these, the version-exclusive Amarouge and Ceruledge, aesthetically link to the same past and future theme previously seen with the Legendary Pokémon Koraidon and Miraidon.


Trainers of the Paldea region
A selection of Trainers, including the Pokémon League chairwoman and Champion, a Gym Leader, and a leader from the region's villainous team, were revealed for the first time in this trailer.