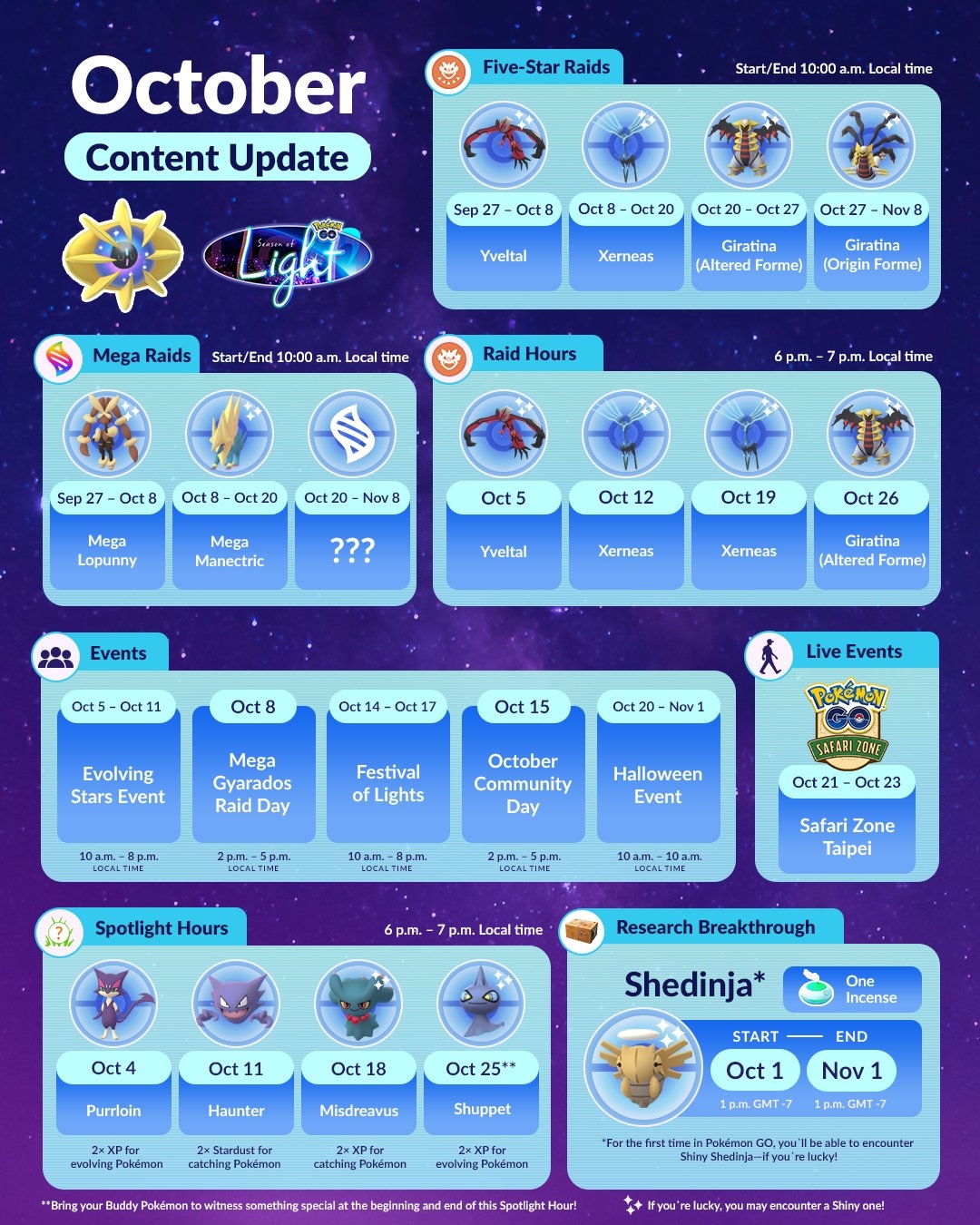 Research Breakthrough encounters
After completing seven days of Field Research tasks, Trainers will be able to receive an Incense and an encounter with Shedinja. Shedinja's Shiny variant, making its Pokémon GO debut, may also be encountered rarely by Trainers.

Pokémon Spotlight Hours
During October, a different Pokémon and special bonus will be featured every Tuesday from 6:00pm to 7:00pm local time:
Raids
The following Five-Star and Mega Raid rotations start and end at 10:00am local time on the dates listed.