Ranked Battles Season 35 has begun in Pokémon Sword and Shield 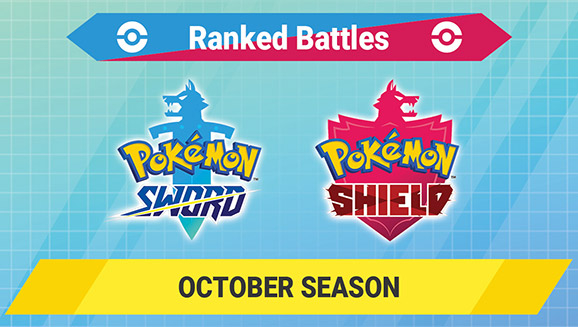 Pokémon Sword and Pokémon Shield's October 2022 Season for Ranked Battles (Season 35) has begun. This season will run until 4:59pm PDT on October 31st. This season will follow the Series 13 regulations, in which Trainers can battle alongside special Pokémon that are normally restricted. However, there are no restrictions on the number of special Pokémon that may be registered to the Battle Team. Dynamaxing or Gigantamaxing are also allowed.

Eligible Pokémon
October 2022 Season Rewards
Players will be matched up with other players of similar rank to ensure even competition. The October 2022 season rewards include the following:
How to Start a Ranked Battle
To start a Ranked Battle, players must follow these steps:
How to receive in-game rewards
Players will need to finish at least one match with a win or loss during the October 2022 season to be eligible for rewards at the end of the season. To receive their in-game rewards, players must follow these steps: