The Pokémon Company International has released a new trailer which shows several new information for Pokémon Scarlet and Pokémon Violet. Alongside the release of this trailer, the official site for these games was also updated with a range of additional information on plot elements, game mechanics, special in-game events, and early purchase bonuses. Pokémon Scarlet and Pokémon Violet will be launched worldwide on November 18th for the Nintendo Switch.


​
Updates and Online Play
As with Pokémon Sword and Pokémon Shield before it, players can expect to see a Pokémon Scarlet and Pokémon Violet receive updates after release. A day one patch, Version 1.0.1, which will enable online play features for the game, will become available on the official day of release.

The Scarlet Book and the Violet Book
The Scarlet Book (Pokémon Scarlet) and the Violet Book (Pokémon Violet) are expedition records that were written a long time ago. This expedition is said to have traversed an uncharted area of the Paldea region, but whether the accounts depicted in the books are true remains unclear. Photographs and sketches of unidentified creatures fill the pages of both books. While there have been sightings of similar creatures in recent years, such reports are rare, and specific details of their biology are still a mystery. It seems Arven always carries a copy of one of the books with him. 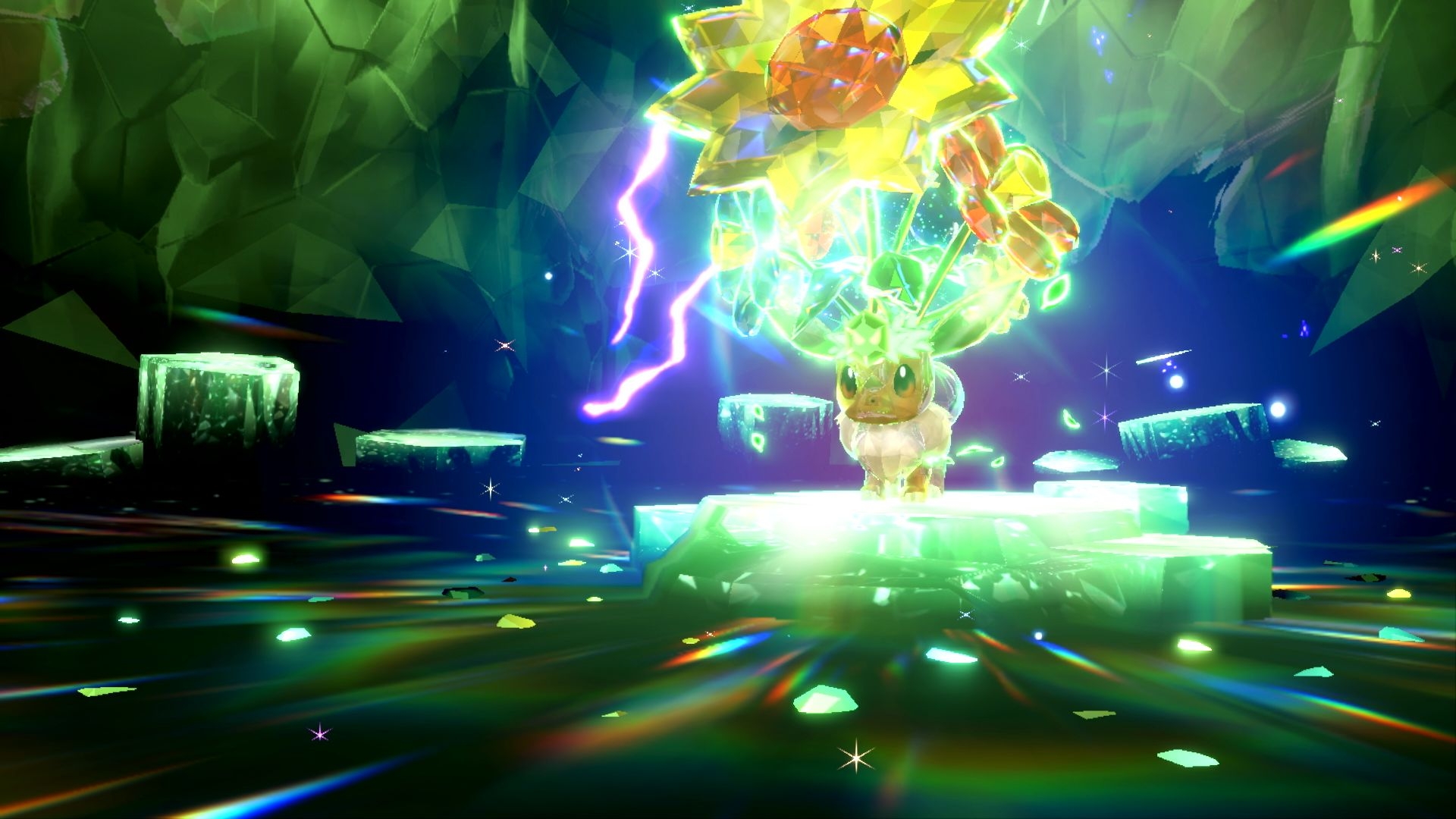 The first Special Tera Raid Battle Event for Pokémon Scarlet and Pokémon Violet will be an Eevee Spotlight, which will be held from November 24th at 4:00pm PST to November 27th at 3:59pm PST. During the event, Eevee with various Tera Types will appear more frequently in Tera Raid Battles. 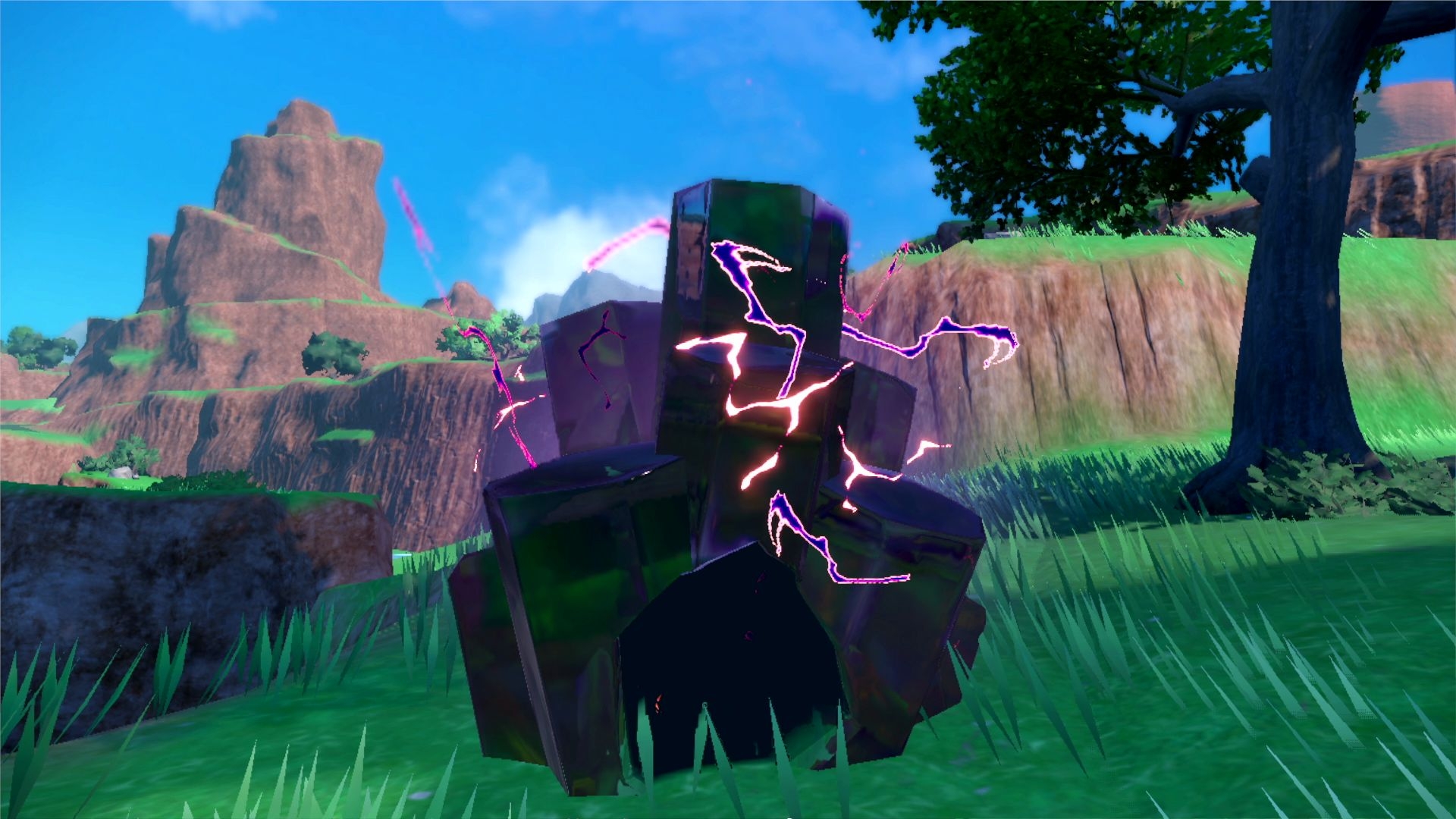 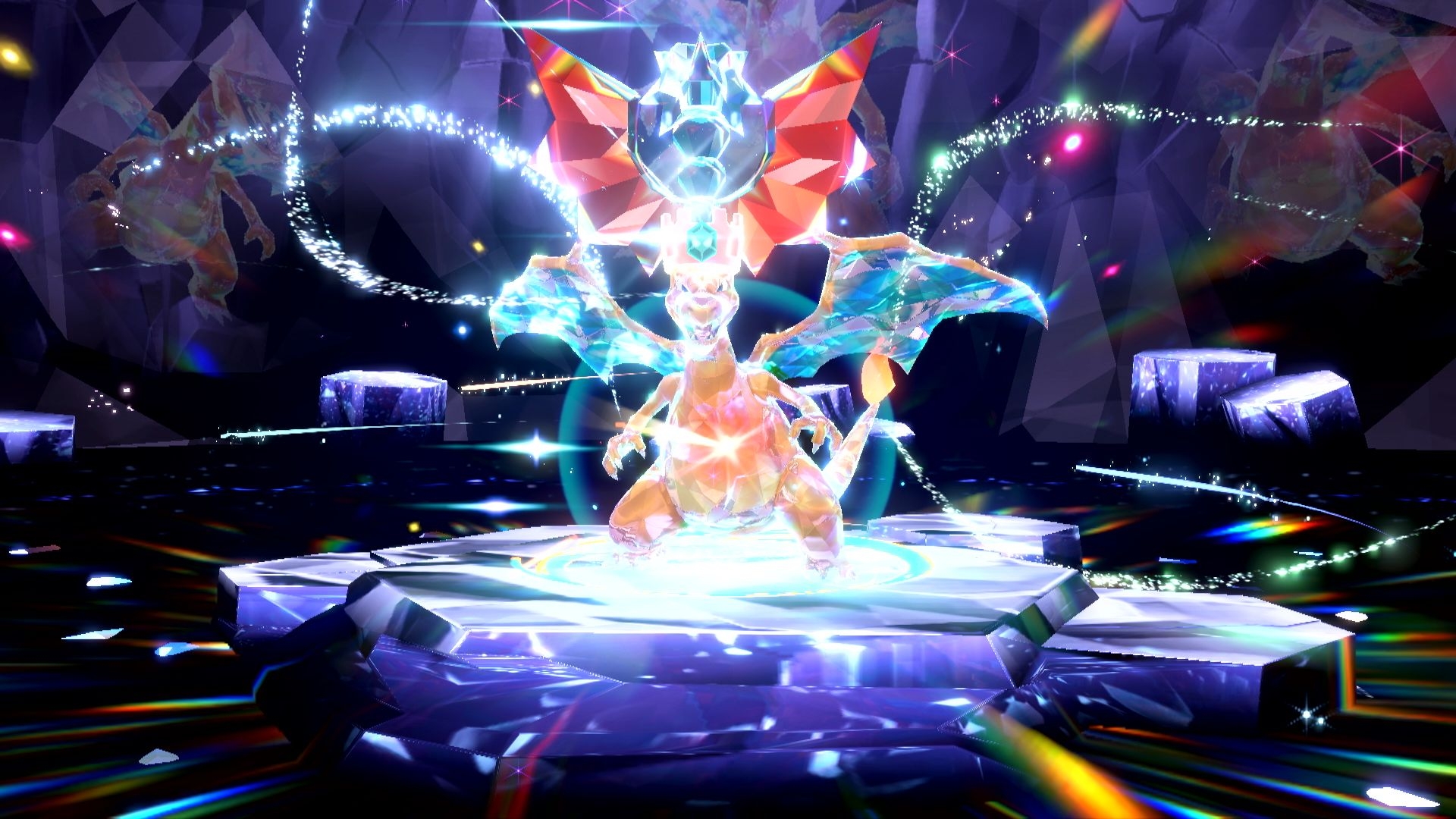 The first of these Black Crystal Tera Raid Battles will begin during December, with Charizard with the "Mightiest Mark" appearing in black crystal Tera Raid Battles in two different time periods:
Charizard cannot normally be encountered in Paldea, and the Charizard appearing during this event has Dragon as its Tera Type. This Charizard will have the same mark, Ability, and moves regardless of when it is caught during the event, and can be caught only once per save data. Charizard may appear again in other events or be encounterable in different ways in the future. 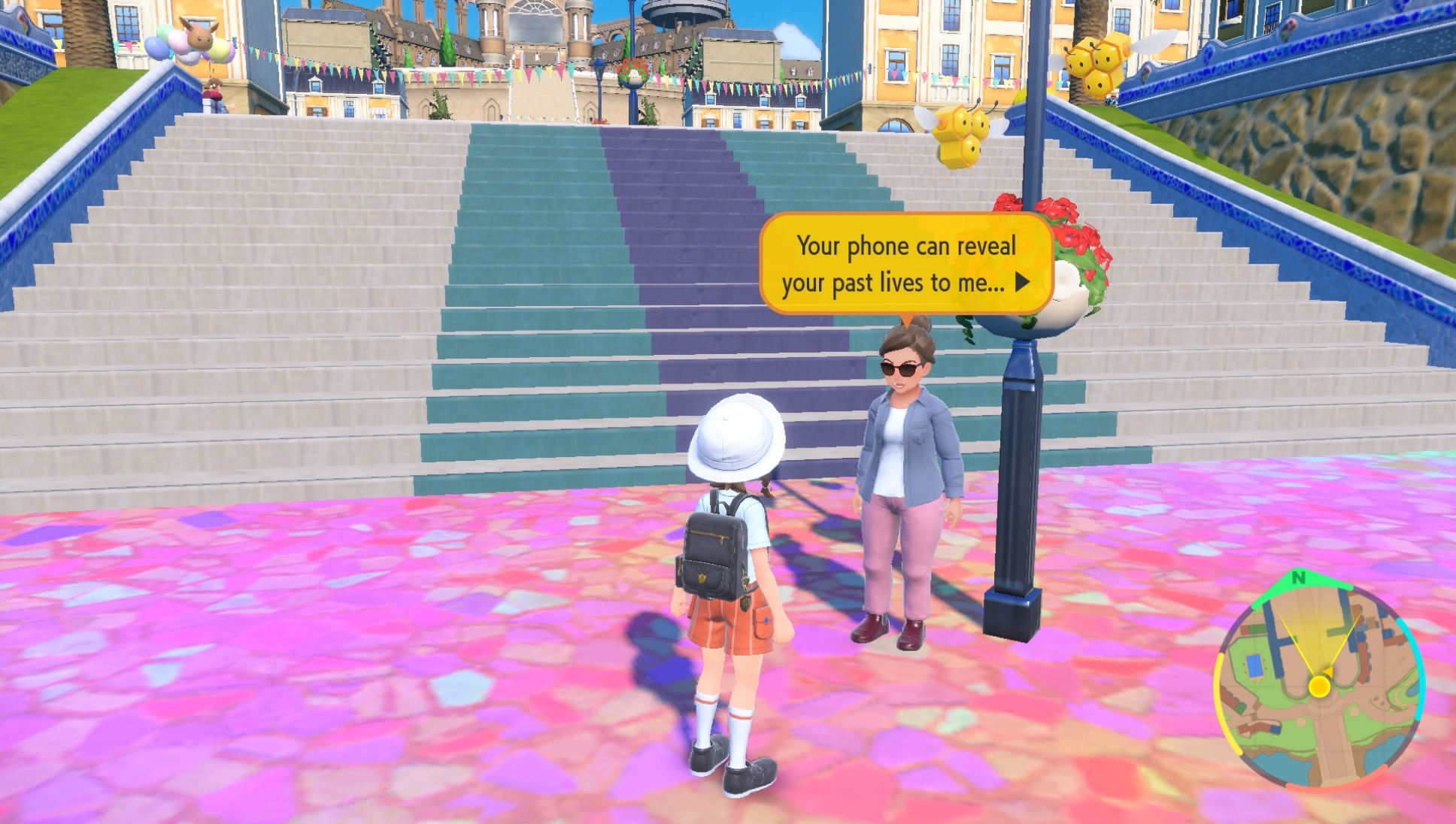 Special Rotom Phone Cases
Players will be able to receive Rotom Phone cases in Pokémon Scarlet and Violet corresponding to past past Pokémon main series titles. Players who have save files on their Nintendo Switch for Pokémon Legends: Arceus, Pokémon Brilliant Diamond, Pokémon Shining Pearl, Pokémon Sword, Pokémon Shield, Pokémon: Let's Go, Pikachu!, or Pokémon: Let's Go, Eevee!, will be able to receive a Rotom Phone case for each game they have a save file for by talking to the woman in front of the stairs leading up to Mesagoza's central plaza. Approximately two hours of play time will be needed for players to reach this point in the game.

Pokémon HOME and Pokémon GO Compatibility
Compatibility between Pokémon Scarlet, Pokémon Violet, and Pokémon HOME is slated for early 2023, bringing with it the ability for players to view the latest Battle Stadium statistics from Pokémon Scarlet and Pokémon Violet, as well as information about Trainer rankings, frequently used Pokémon, and Online Competitions, in the mobile device version of Pokémon HOME. Players will also be able to see what moves, Abilities, and held items are being used in battles.

More on the newly discovered Gimmighoul
Some minor additional details were given on the background lore of the recently announced Gimmighoul, which has two different forms. In it's Chest Form, Gimmighoul hide inside sturdy treasure chests. While this provides them with a solid defense, the treasure chest’s weight causes Gimmighoul to move slowly, making travel difficult. It is not uncommon for Chest Form Gimmighoul to be mistaken for an antique and taken home or sold to an antique store. When Gimmighoul senses a person or Pokémon drawing near, it ambushes them. It then uses ghost energy to control its target, forcing them to collect coins. Because it often hides in warehouses, shop corners, and other places that people and Pokémon don’t frequent, it tends to keep persistent control of those it manages to encounter. In Roaming Form, Gimmighoul can be found hiding all over Paldea, carrying a single coin on its back. However, as they run away as soon as a person approaches, apparently no Trainer in Paldea has ever managed to catch one.

Pokémon UNITE tie-in event
From November 18th, 2022, to February 1st, 2023, Pokémon UNITE will hold a special in-game event to commemorate the release of Pokémon Scarlet and Pokémon Violet. Players will be able to receive Trainer fashion items, stickers for their Unite snapshots, and more that are themed around the two new games.

Starting January 1st, those playing the Nintendo Switch version of Pokémon UNITE that have save data from Pokémon Scarlet or Pokémon Violet will also be able to receive an in-game Trainer fashion item that matches the look of the main characters from the new games.