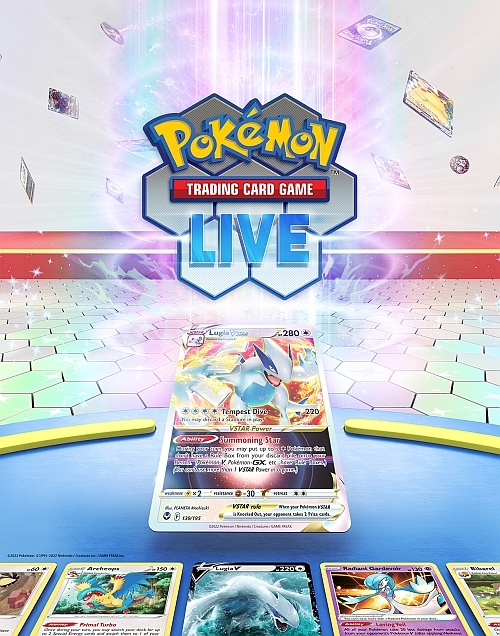 The Pokémon Company International has announced that Pokémon Trading Card Game Live beta is now available globally for download on iOS, Android, Windows PC and macOS devices. The app is currently available in six languages: English, Brazilian Portuguese, French, German, Italian, and Spanish. The beta initially opened to players from Canada on February 22nd, and was later opened to players in Mexico on May 24th. The beta was further extended to players in Australia and New Zealand from July 20th, and to Denmark, Finland, France, Germany, Italy, The Netherlands, Norway, and Sweden from October 18th.

Players of the existing Pokémon TCGO app are able to migrate their account and game data to the new app, using their Pokémon Trainer Club accounts. Please note however that migrating account and game data is a permanent decision, and will result in Trainers losing access to Pokémon TCGO. Existing Pokémon TCGO players can however choose to play Pokémon TCG Live during the testing period without losing access to the Pokémon TCG Online app, simply by not migrating their accounts. Players who initially opt-out of migrating their accounts will be able to change their mind at any time, and perform a migration from the settings menu. More information on what is transferred to Pokémon TCGL can be found in the official FAQ here.

Players around the world can access the Pokémon TCG Live beta on mobile devices via the App Store and Google Play, or download it for PC and Mac at this website.