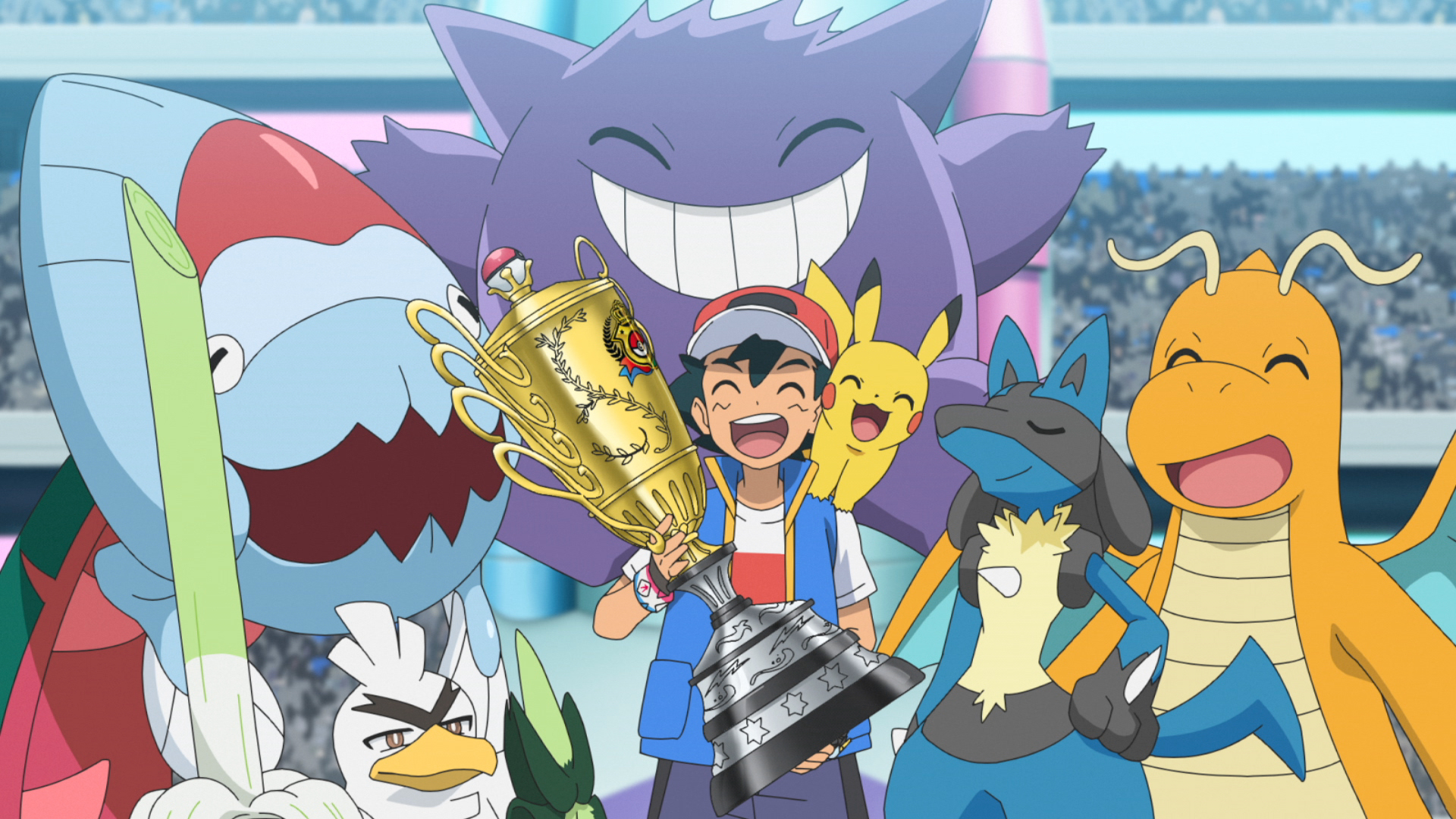 History has been made at Wyndon Stadium, where Ash Ketchum from Pallet Town has secured a decisive victory over the Galar region's Champion Leon, in the finals of the Masters Eight Tournament. The latest episode of the Pokémon anime series, entitled The Finals IV: "Partner" (ファイナルⅣ「相棒」) aired in Japan in the evening of November 11th. This episode was the conclusion of the thirteen-part Masters Eight Tournament arc of Pokémon Journeys: The Series, as well as the climax of Ash's battle versus Leon, the number-one ranked Pokémon Trainer and the Monarch of the Pokémon World Coronation Series. After a long and intense Full Battle, with only his partner Pikachu remaining, Ash and his team of Pokémon pulled through to victory — bestowing him the title of the new Monarch, and officially becoming known as the strongest Trainer in the world.

The Pokémon anime series is currently in its 25th anniversary year, having started airing in Japan on April 1st, 1997. This tournament win represents an important milestone in the series' history, commemorating the past 25 years of challenges and friendships faced along the way up to this point. The outcome of this match was also simultaneously broadcasted onto large screens in the city of Shibuya, Japan, as a monument to the incredible significance of this event. 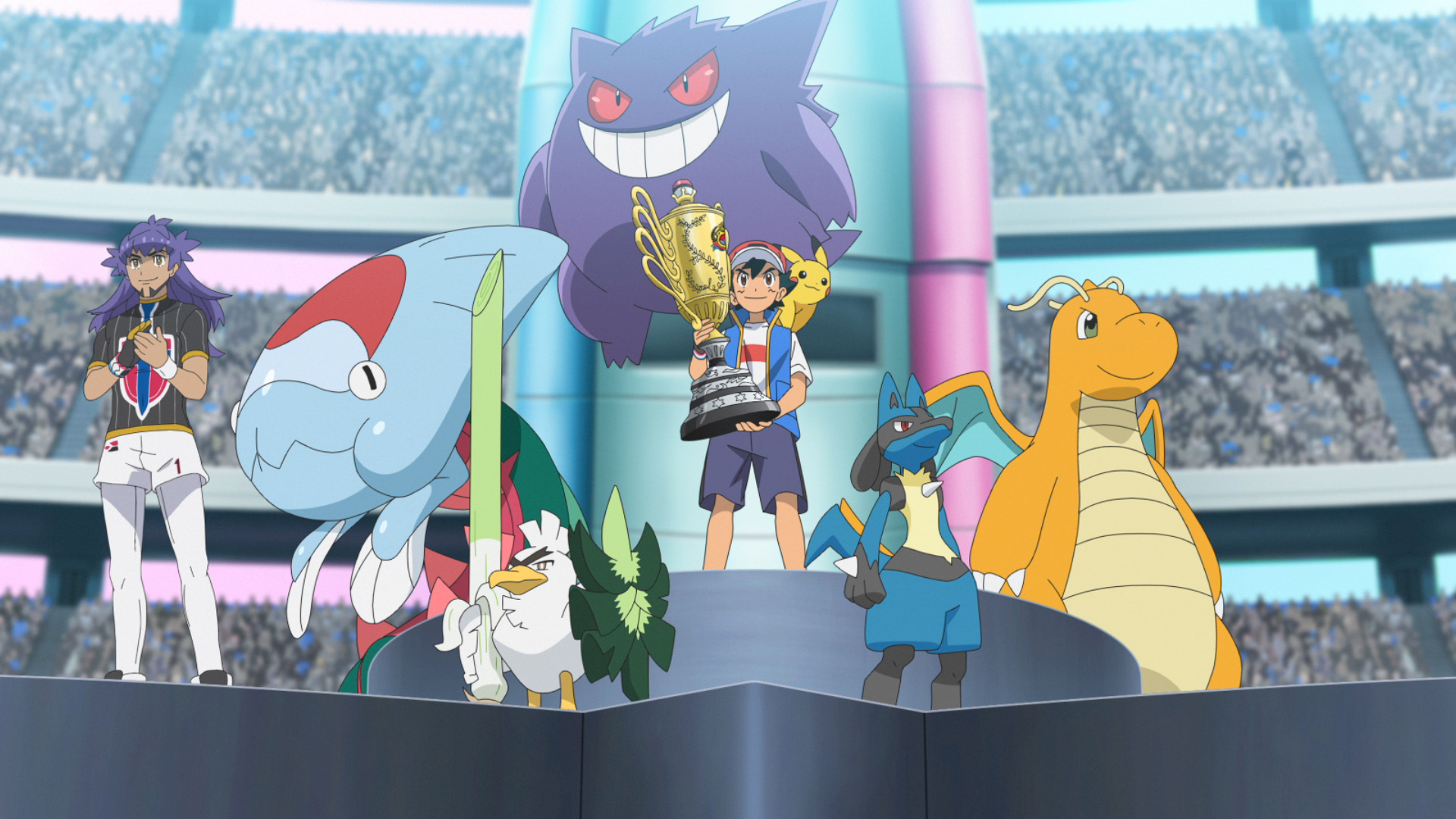 This achievement for Ash comes after an extended rivalry with Leon over the course of the Journeys series, as well as another astonishing victory of his three years prior in Pokémon The Series: Sun & Moon, when he became the inaugural Pokémon League Champion of the Alola region in the Manalo Conference.

The Pokémon anime currently airs Fridays at 6:55pm (JST) on TV Tokyo. The current English dub season, Pokémon Ultimate Journeys: The Series, is streaming on Netflix in the United States, with the episodes showing the Masters Eight Tournament finals being slated to arrive on the platform sometime next year.