The Pokémon Company International have announced over this past week a special online exhibition of Pokémon Trading Card Game illustrations. This free digital gallery of artwork from the game will be opening from August 10th, with the exhibition running through to October 22nd. 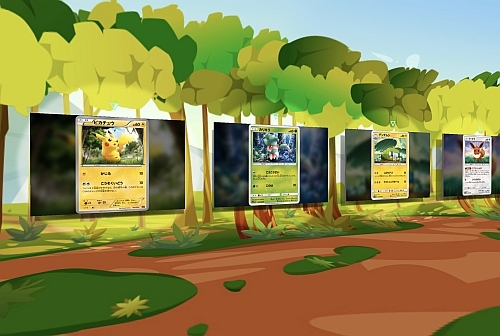 Though the exact number of cards being shown in his exhibition has not been revealed, the official announcements state that the gallery will feature art from "hundreds of Pokémon TCG cards". Artists whose work is known to be featured in this exhibition include Megumi Mizutani, who has illustrated 95 cards, starting with Pansage in the Next Destinies expansion; and AKIRA EGAWA, who has illustrated 47 cards, starting with Riolu from the Unified Minds expansion.

The exhibition will divide the artworks across three broad categories. 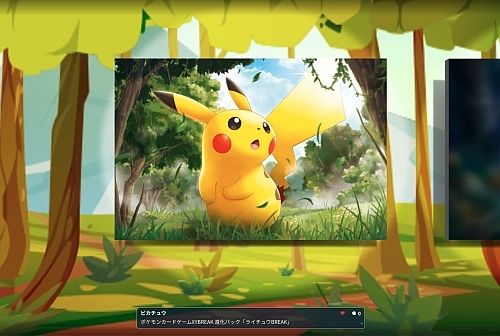 Fans will be able to view artworks both in the context of the original card, as well as in a zoomed-in view to better observe some of the details of the artwork.

Certain artworks will also feature a special bonus, with commentary from the original illustrators. 50 artists whose work is being featured in this exhibition were given the opportunity to select a single card they designed, to share some of their thoughts about the piece, and insights into their creative process. Megumi Mizutani's comment can be seen on the Full Art print of the Acerola Supporter card from the Burning Shadows expansion, while AKIRA EGAWA has made their comment on the Mewtwo V-UNION card from the SWSH Black Star Promos.

Three brand new Pokémon TCG card illustrations will also be unveiled during the Pokémon Trading Card Game: Online Illustration Exhibition, with the illustrations going up on August 23rd, September 7th, and September 22nd respectrively. Each of these new artworks was created by Takumi Wada, a Japanese illustrator who worked for Nintendo until his retirement in 2019, and who is best known for his artwork on The Legends of Zelda: Skyward Sword and The Legend of Zelda: Breath of the Wild. These new illustrations represent his first foray into the Pokémon franchise.


Takumi Wada - Illustrator said:
“It’s a lot of pressure to draw Illustrations for the long-lasting Pokémon (TCG), but I am honoured to be given the opportunity to show the lives and the world of Pokémon. It would make me happy if my illustrations could make you feel even a little bit closer to Pokémon.”
Click to expand...

The exhibition will be available to visitors in the following ten languages.