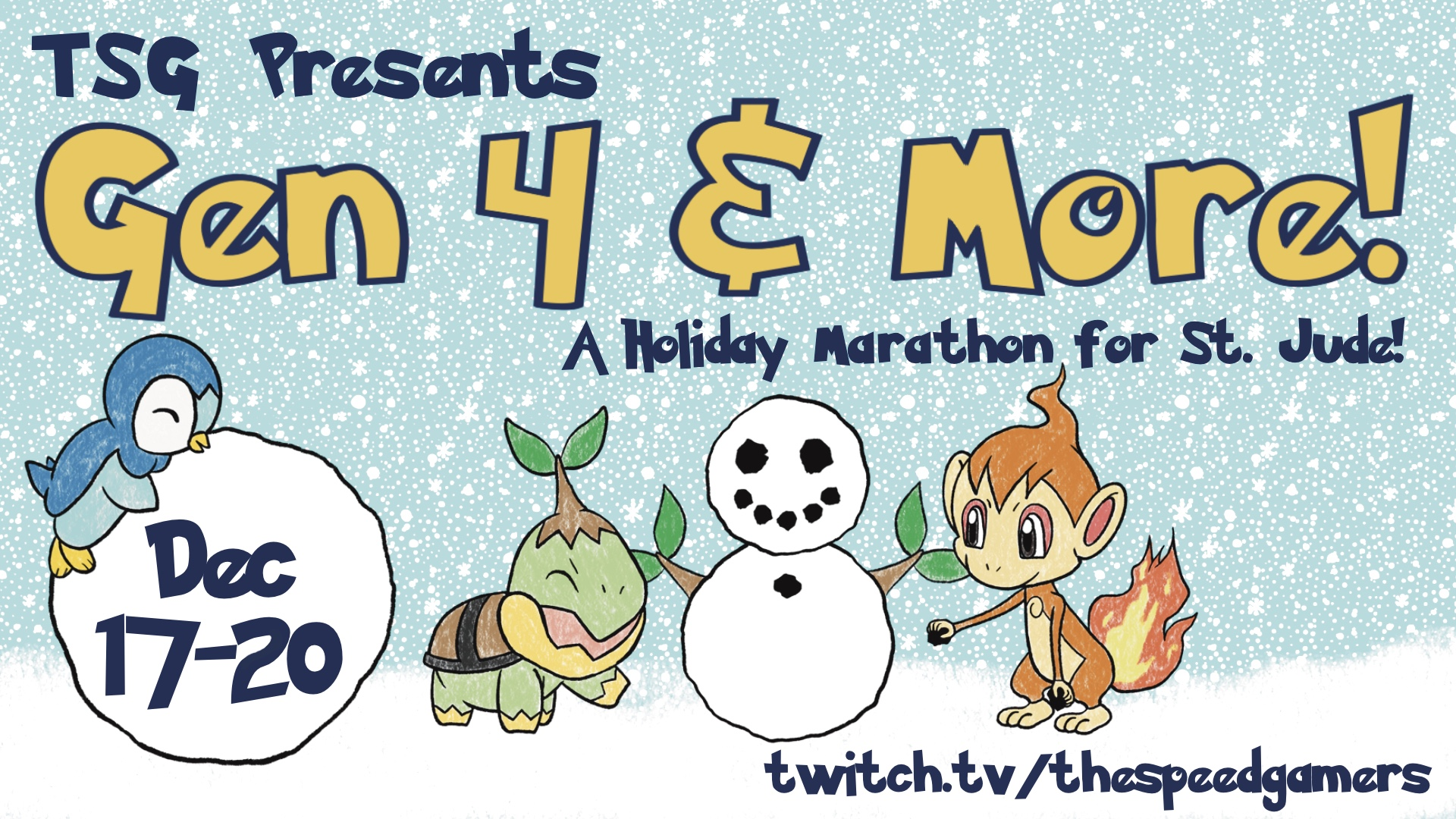 This December, TheSpeedGamers, a group of video game enthusiasts who play for marathon hours to raise money for charities, will be hosting their latest Pokémon Charity Marathon to raise money for St. Jude Children's Research Hospital. The marathon will be streamed live on TheSpeedGamers Twitch Channel at http://twitch.tv/thespeedgamers from Friday December 17 at 6pm US Central Time.

This year's marathon will be a 72 hour around the clock tribute to Pokémon's 4th generation. Alongside doing their best to complete Brilliant Diamond and Shining Pearl's regional dex, the team will also be attempting a nuzlocke run of Pokémon Platinum, as well as playthroughs of Pokémon Ranger, both Pokémon Snap and New Pokémon Snap, and more!

All donations during this marathon will once again be going towards St. Jude Children’s Research Hospital. St. Jude seeks to treat and defeat childhood cancer and other life-threatening diseases, and aims to advance cures and means of prevention for pediatric catastrophic diseases through research and treatment. Consistent with the vision of St. Jude founder Danny Thomas, no child is denied treatment based on race, religion, or a family’s ability to pay.

TheSpeedGamers encourage donations towards St. Jude through a range of gameplay, commentary, contests, and prize incentives. Viewers donating to St. Jude Children’s Research Hospital for this marathon will be able to give Pokémon nicknames, and request ornament drawings for the stream tree, amongst other interaction incentives. Throughout the marathon, viewers can also chat directly with the team by the Twitch Chat or through social media networks, such as Twitter or Discord.

As usual for these events, Bulbagarden will be embedding the charity stream on Bulbapedia and in the sidebar on the Bulbagarden forums during the event. For more information, event updates, and announcements, you can follow TheSpeedGamers team on Twitter at @TheSpeedGamers, join their official Discord server, and visit their official website, tsg.tv. We'll of course also be posting details of future events here on Bulbagarden as they're announced.