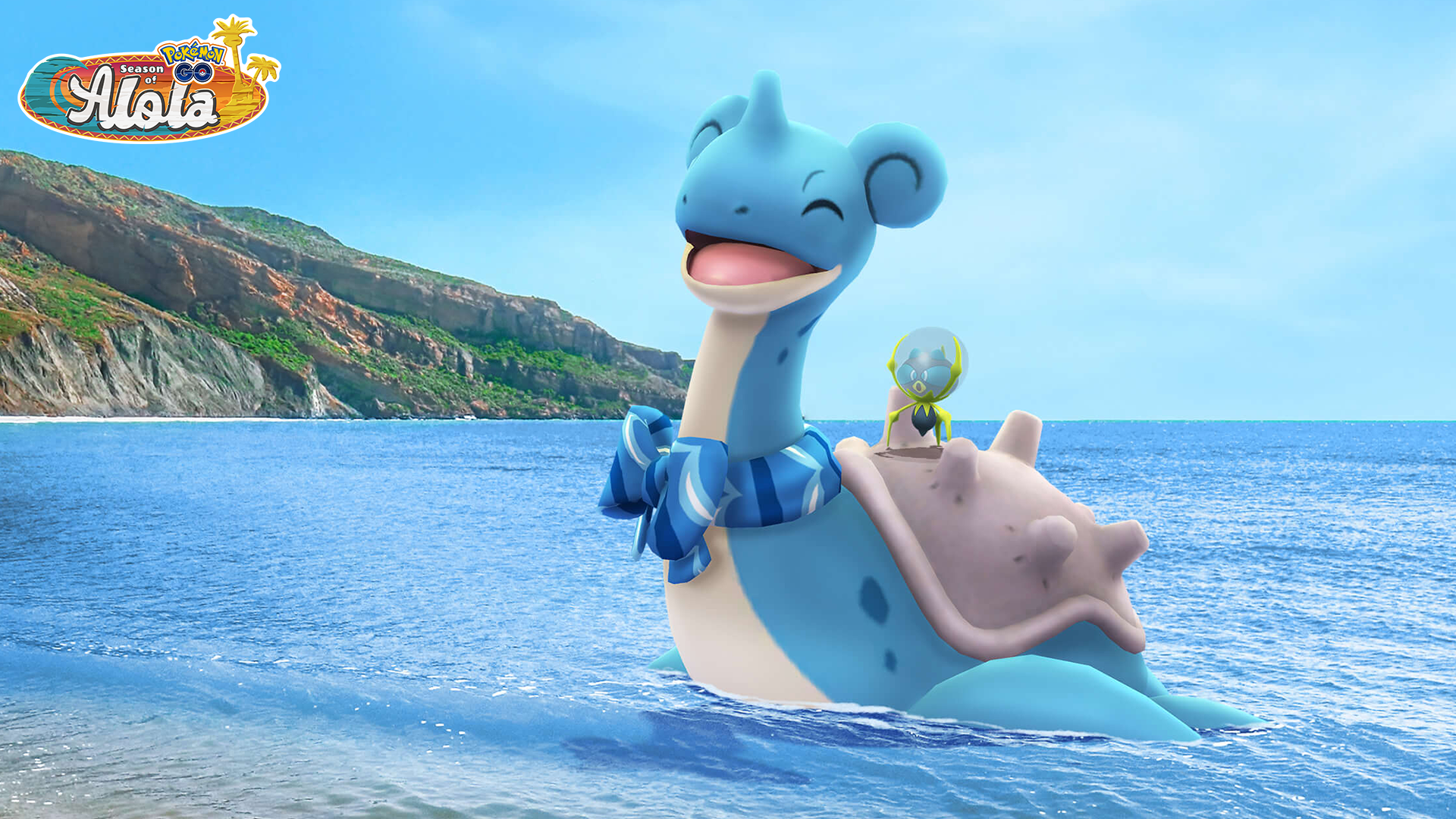 The 2022 edition of the Pokémon GO Water Festival event has begun, and will be running through until May 20th, at 8:00 p.m. local time. In this event, Lapras wearing a scarf, Dewpider, Araquanid, the Legendary Pokémon Tapu Fini, and Shiny Binacle will all be making their Pokémon GO debuts. New Water Festival Scarf avatar items will also be available in the in-game shop during and after the event.

In conjunction with this event, the Season of Alola's fourth Special Research story is now available. Timed Research focused on catching Pokémon will be available throughout the event, with players who complete them earning 50 Gyarados Mega Energy, 1,000 XP, 1,000 Stardust, and encounters with Lapras wearing a scarf and Dewpider. 50 Dewpider Candy is required to evolve Dewpider into Araquanid.

A Global Challenge will also be running throughout the Water Festival event. Players must work with other Trainers around the world to collectively catch 600,000,000 Water-type Pokémon. If this milestone is achieved, a 2× Candy bonus for catching Pokémon will be unlocked for everyone.