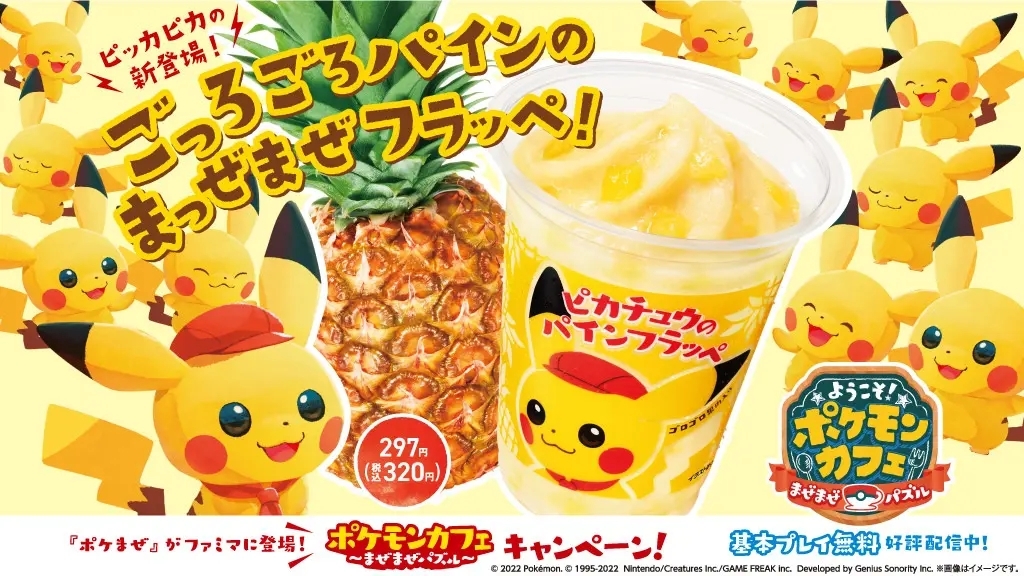 As Japan's rainy season winds down for temperatures to rise, Family Mart, a popular Japanese conbini or convenience store chain, as well as Baskin Robbins, have each partnered with The Pokémon Company for their own selections of limited-time Pokémon-themed items.

Working under the slogan of "Your Happy," Family Mart have partnered with Pokémon for a promotional campaign at all 16,600 Family Mart locations across Japan, which is running through until Monday, July 18th. The collaboration, which focuses on the mobile and Switch game Pokémon Café ReMix, has a new item as its' centerpiece, an unprecedented first-of-its-kind flavor of frappe, "Pikachu's PineFrappe". Said to have been "designed by 'Pikachu'", this frappe costs 320 yen (~$2.37 USD), including tax.


Family Mart said:
The first pineapple flavored frappe ever. Designed by 'Pikachu,' you'd love to take the cute packaging in your hands. The flavor is absolutely perfect for summer, so please enjoy.
Click to expand...

The Pikachu PineFrappe is available in three different cups, each with their own original design featuring Pikachu in red, blue, and green costumes.

Other promotional goods are also available as part of a stamp campaign for customers with Family Mart's official app, including original lunch bags, and dish sets. 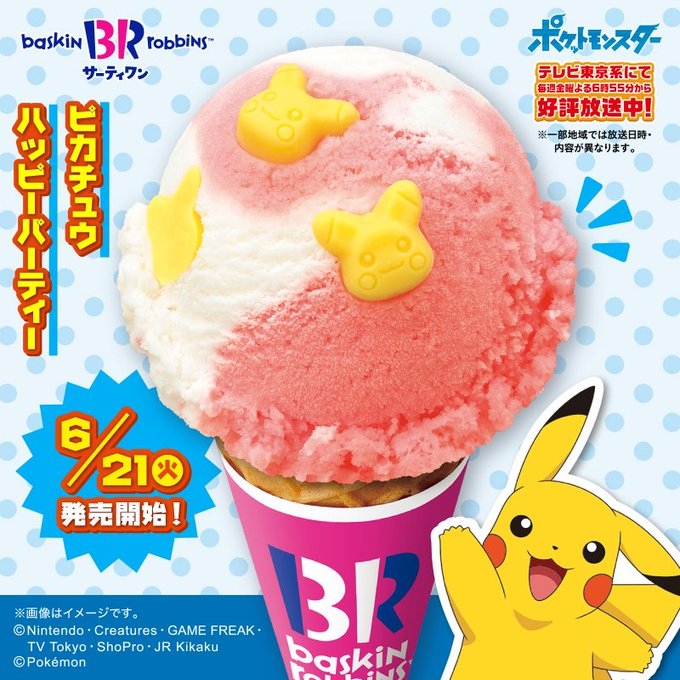 Baskin Robbins meanwhile has brought back their popular Pikachu Happy Party flavor ice creams in the lead-up to their PokéSummer event, which begins on July 21st. Additional new flavors will also be launched on July 21st. More information is expected to be released about this event over the coming weeks on the hashtag #31ポケ夏2022.