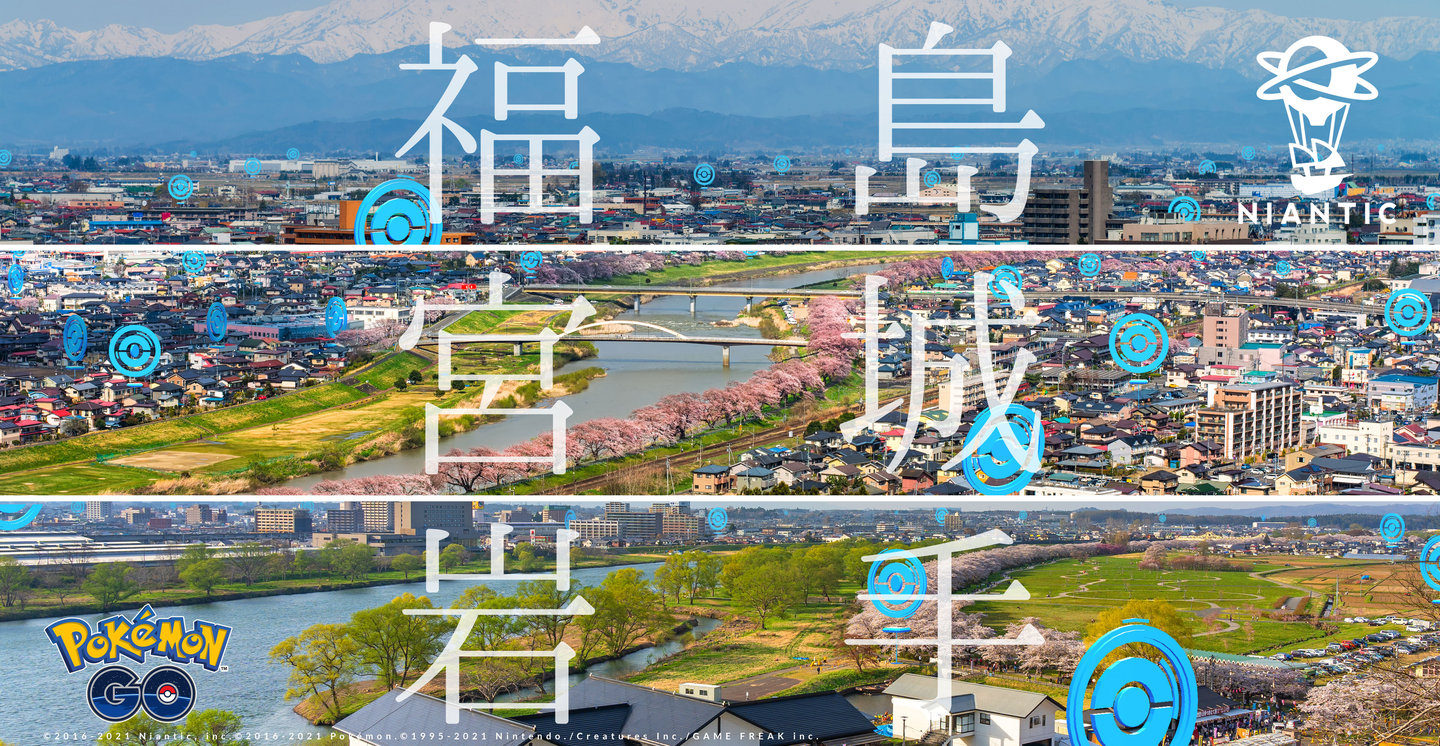 For the 10th anniversary of the Great East Japan Earthquake, which devastated the Tohoku region prefectures of Iwate, Miyagi, and Fukushima, Niantic has this week launched a new program in a similar vein to the Local Business Recovery Initiative the company launched last October to assist businesses and communities who had been hit hard by COVID.
Read more 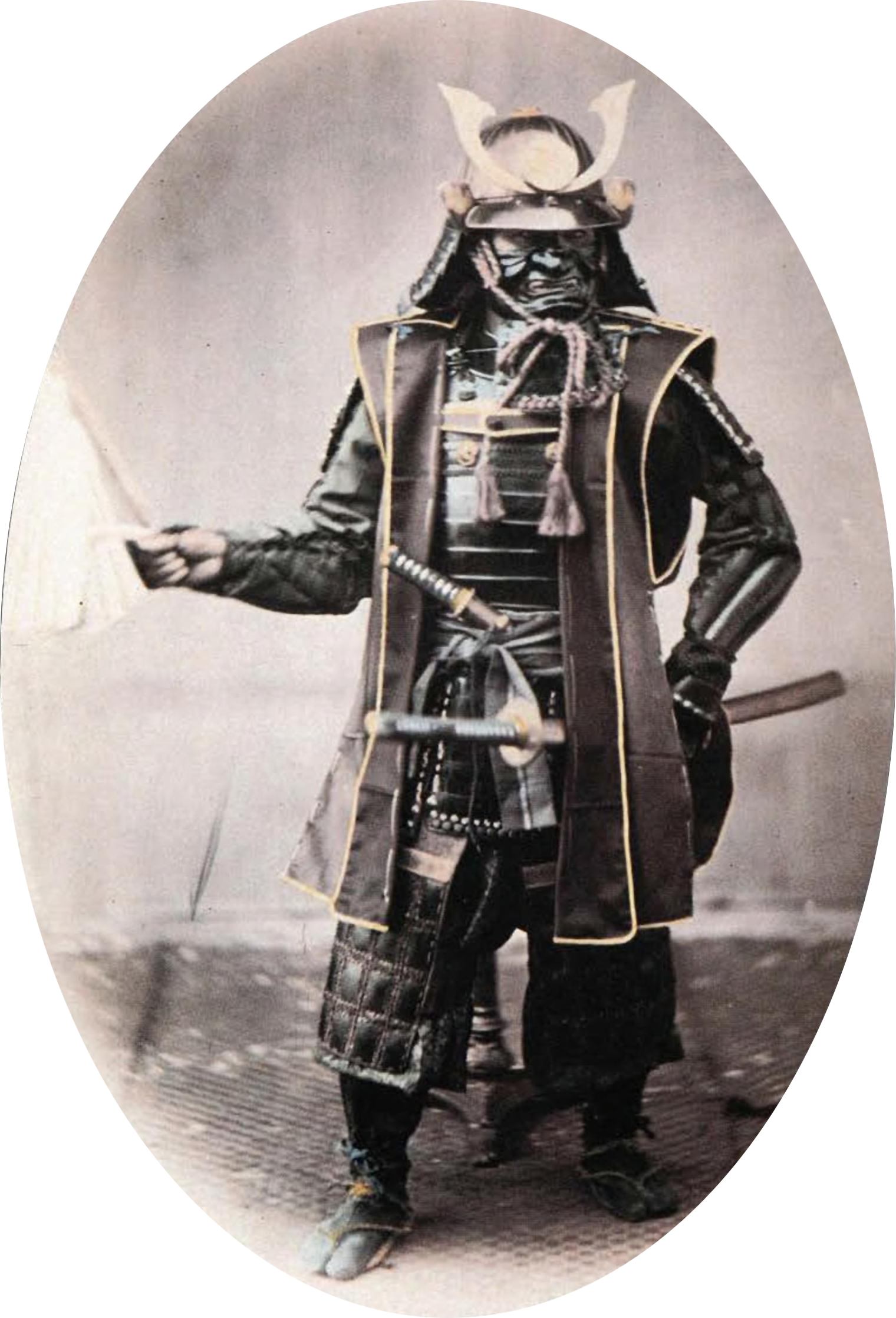 On the Origin of Species: Oshawott, Dewott, and Samurott

I’ve enjoyed every main series Pokémon game I’ve played, but if I had to choose, Pokémon Black & White[ would be my absolute favorites. I also love the Pokémon introduced in Generation V. I think every single design fits perfectly and each one is special. A lot of my favorite Pokémon come from Gen V: Haxorus, Krookodile, Vanilluxe, Klinklang, Galvantula… and my favorite starter of all. The one people mocked when it was first unveiled: the Water-type, Oshawott.
Read more

Tech demos don't always make it to the open market, but they're often a good indicator of where we're heading. Pokémon GO developer Niantic recently partnered with Microsoft to build a proof-of-concept version of Pokémon GO, showing us one possible future for their mobile game. This version runs on Microsoft's HoloLens 2 headset and coincides with the release of their new Mesh platform, giving us a glimpse of the technology outside the office environment it was initially designed for.
Read more 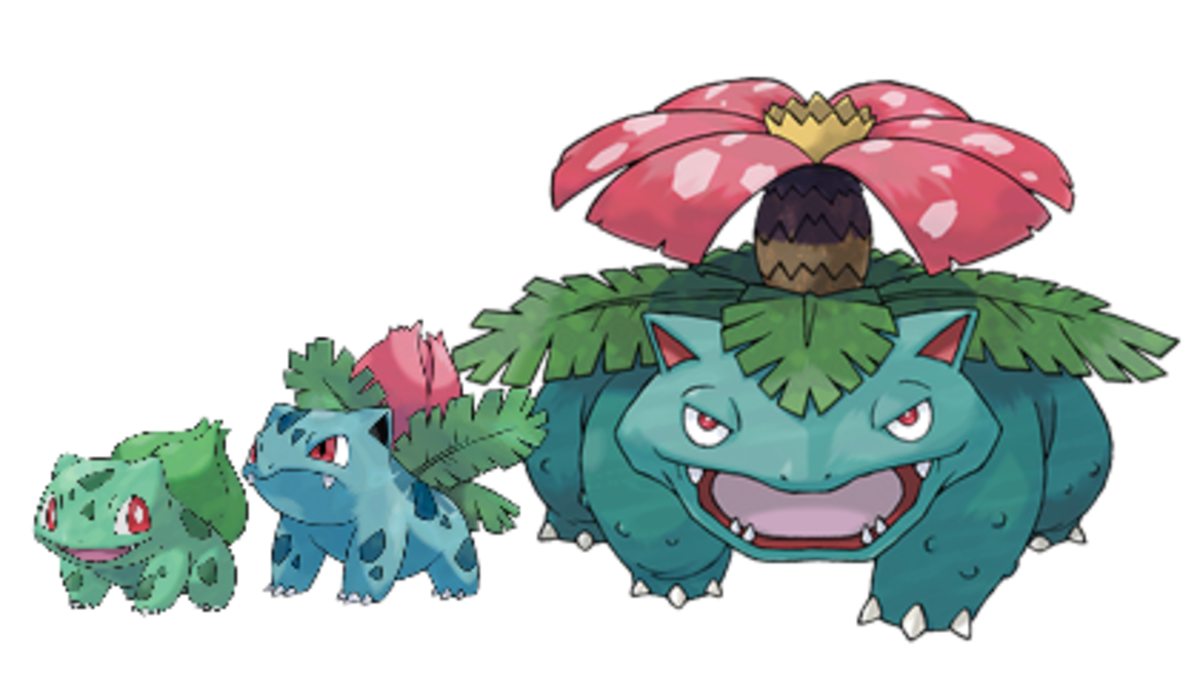 On the Origin of Species: Bulbasaur, Ivysaur, and Venusaur

Some of the most iconic Pokémon are the ones you receive from the Professor at the beginning of the game. Known as “Starter Pokémon”, they are a beginning Trainer’s first partner that often sticks with them throughout their journey. Each generation’s starters are marketed intensely during that generation’s life span, but most fans would argue that Kanto’s starters – Bulbasaur, Charmander, and Squirtle – are the most well-known of all (outside of Pikachu, anyways).

For 2021’s Pokémon Day, the series’ 25th anniversary, we’ll take a look at the very first Pokémon listed in the National Pokédex. Some would say this guy’s the most underrated Kanto Starter, but for Bulbagarden, Bulbasaur is always number one.
Read more

The Pokémon Company International has recruited a new Director of Digital Consumer Engagement, Narbeh Minasians. Narbeh joins TPCI after more than a decade at Nickelodeon Animation, where he has spent the last four and a half year working as the Director of Nickelodeon's online social content and marketing. Narbeh is also a Director of The BRIC Foundation, an organisation which works to increase representation of women and people of underrepresented groups in the Entertainment, Gaming, Media, and Tech industries.
Read more 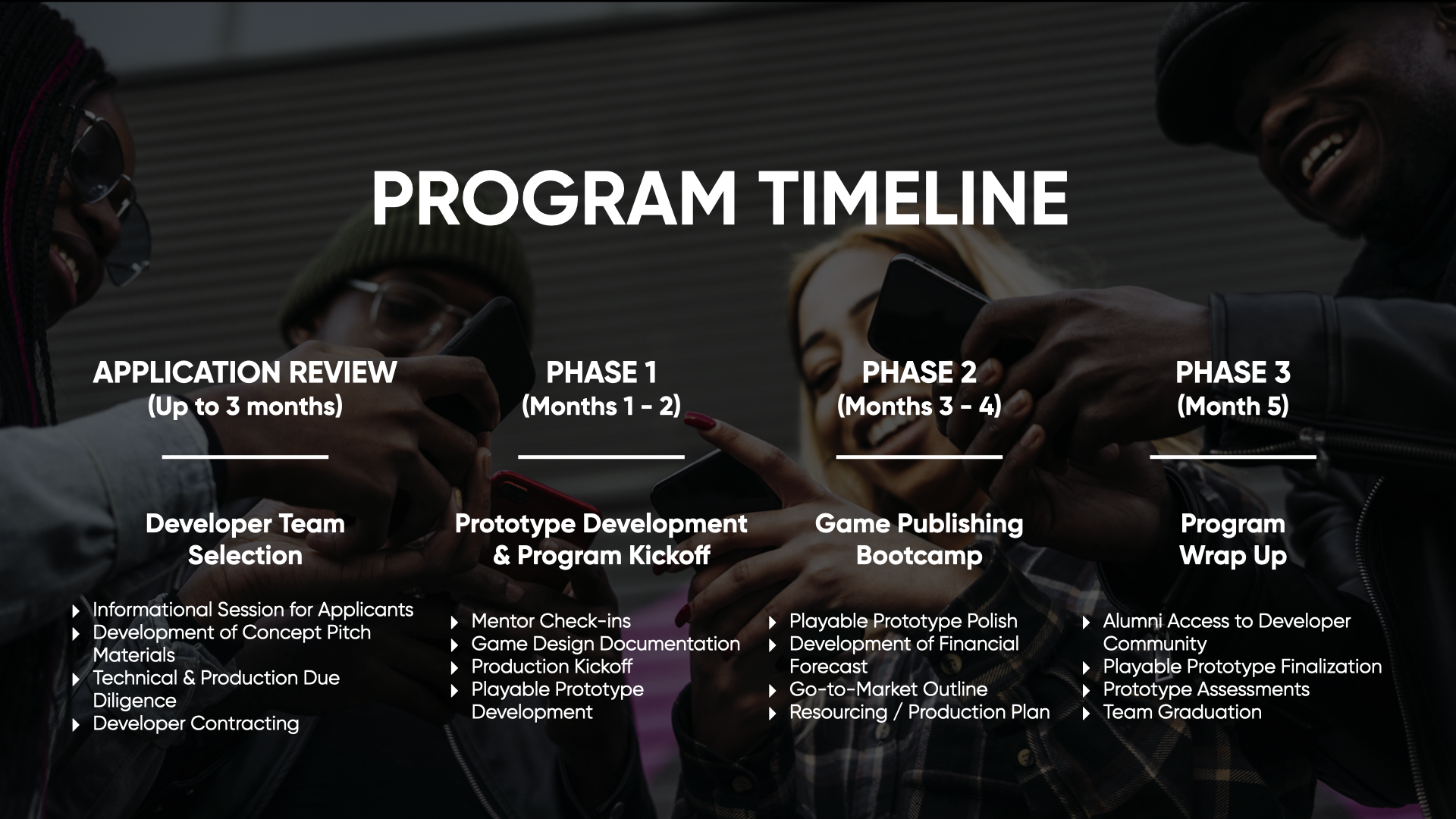 In a blog posted this week, Niantic CEO John Hanke has announced the launch of the Black Developers Initiative (BDI), as an extension of their existing Beyond Reality Initiative. The Black Developers Initiative will provide special funding for new projects from Black game development teams for the Niantic platform. Teams who are approved for BDI will receive five months of funding to develop a real-world augmented reality game, as well as direct mentorship and development support from the Niantic team themselves.
Read more

It's seemingly taken about four months for anyone outside Japan to really take notice (to be fair, it was 2020), but Ambrella, the Japanese-based developers of a number of Pokémon spin-off titles, was fully merged into Creatures, Inc. on October 16th, 2020.
Read more

Uri Geller Allows Nintendo to Return Kadabra to the TCG

Illusionist Uri Geller issued an apology for preventing Kadabra from appearing in the Pokémon Trading Card Game due to a lawsuit he filed in 2000. He has stated that he will now allow Kadabra cards to be printed again.

In November 2000, Geller claimed that Kadabra was based on his likeness, citing the Pokémon's Psychic type and habit of carrying a spoon. Geller subsequently sued Nintendo for £60 million, saying "Nintendo stole [his] name and [his] signature image." Masamitsu Hidaka, a director and storyboard artist for the Pokémon anime, confirmed in 2008 that Kadabra would not appear in the Pokémon Trading Card Game until an agreement was reached with Geller.
Read more

Pokémon Masters EX Hashtag Ought to be Capitalized

Pokémon Masters, the latest mobile game, has received some tune-ups lately. With the addition of Eggs, new Sync Pairs, and new Story Events, it was only fitting that the game's name was adjusted to reflect the additions: Pokémon Masters EX.

Naturally, in this age of social media, the official Pokémon Masters EX Twitter created a hashtag in their August 25th post announcing the change. This was posted in conjunction with a poll asking followers to vote for which Sync Pair should be boosted to a Rank Six.

At this point it should be noted that, while the official account started the hashtag, they did so with proper capitalization. Some fans, however, did not. And quickly took notice.
Read more 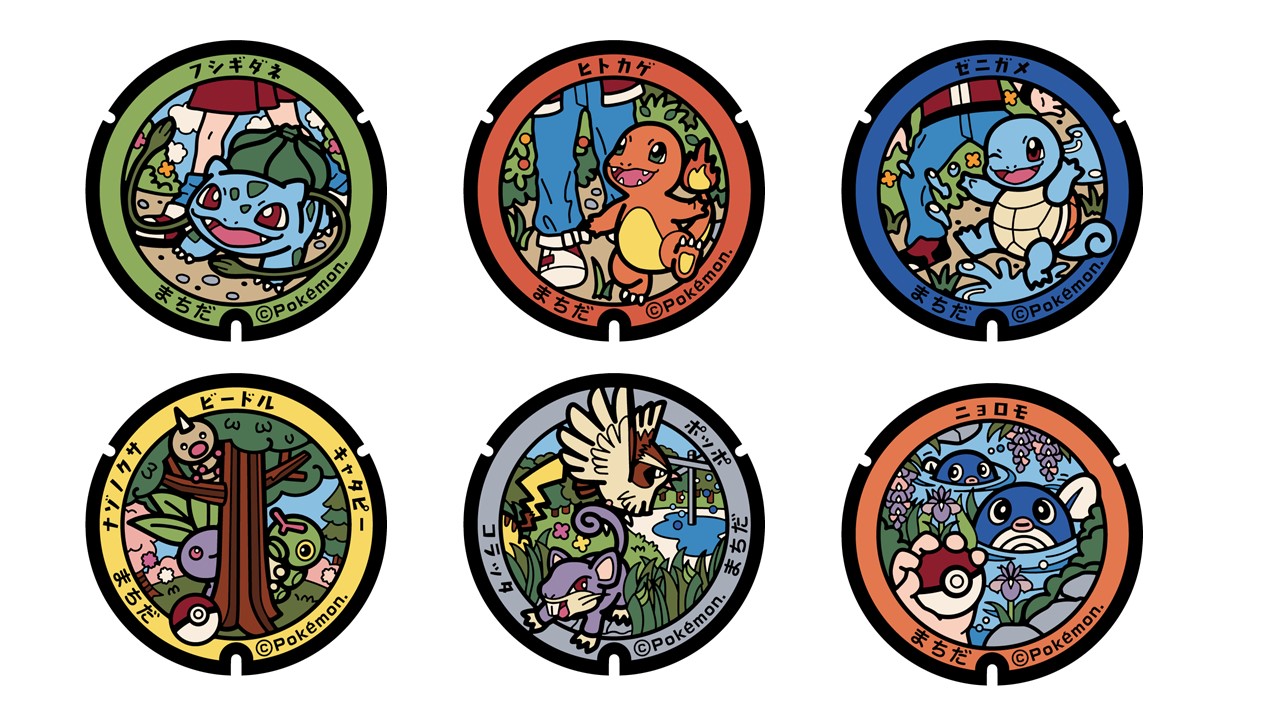 After they first began being installed last year, there are now a total of 100 different Pokémon manhole covers in Japan. The newest batch (seen below) are located in Serigaya Park, Machida, Tokyo, being the first of these covers to be located in the metropolitan area.

Manhole-spotting is a popular pastime for travelers within Japan: people enjoy checking out the different designs within the country. As more Poké Lids are installed, tourism should experience the expected increase.

Curious visitors can use this site to locate the various Pokémon-themed manhole covers across Japan.
Read more 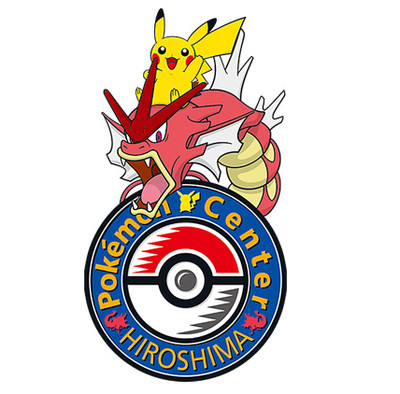 The Pokémon Center Hiroshima was temporary closed due to an employee testing positive for COVID-19. The store closed on August 15 and reopened on August 18, 2020 after it had been cleaned. The store will resume business as normal, albeit with health and safety precautions being taken.

On August 12, a Pokémon Center Hiroshima employee began feeling unwell. On August 15, they received a positive result for a COVID-19 test. As a result, the Pokémon Center Hiroshima was temporarily closed at the guidance of health professionals, to disinfect the store. Furthermore, 27 other employees underwent testing—all tested negative, but two employees who had close contact with the employee who tested positive will undergo a two-week self-quarantine regardless.

Due to the closure, a TCG Shield Battle tournament scheduled for August 16 was cancelled. This was part of the Charizard HR...
Read more 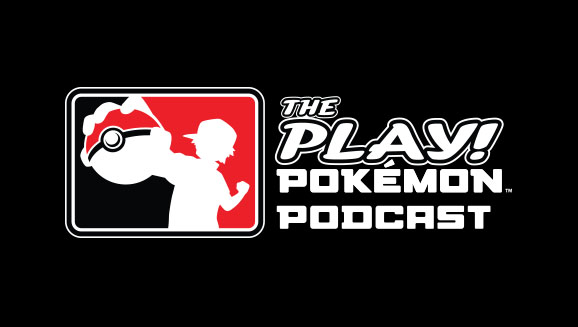 A new podcast published by The Pokémon Company International, titled "The Play! Pokémon Podcast", has launched.
The Play! Pokémon weekly podcast will cover various details about the competitive Pokémon scene, such as the Trading Card Game, Pokémon Sword and Shield, and Pokkén Tournament DX. It is hosted by Jay Blake and features contributions from various competitive Pokémon experts.

The first episode of the podcast features Kay Dyson, Jeremy Jallen, and Brendan Hansen as guests. Dyson and Jallen discuss various stats of Pokémon and decks, respectively, throughout the first three weeks of the Pokémon Players Cup for VCG and TCG. Following this, Hansen discusses some of the players who qualified for the finals in the Pokkén Tournament DX tournament.

Each episode also ends with a question of the week that Blake asks the other guests of the show. The first episode has him asking the others which Pokémon would work for them if they were the owner of a cafe or restaurant in the...
Read more
More stories
The Original Pokémon Wiki
40,000+ pages
over 3 million edits
Browse now
Community